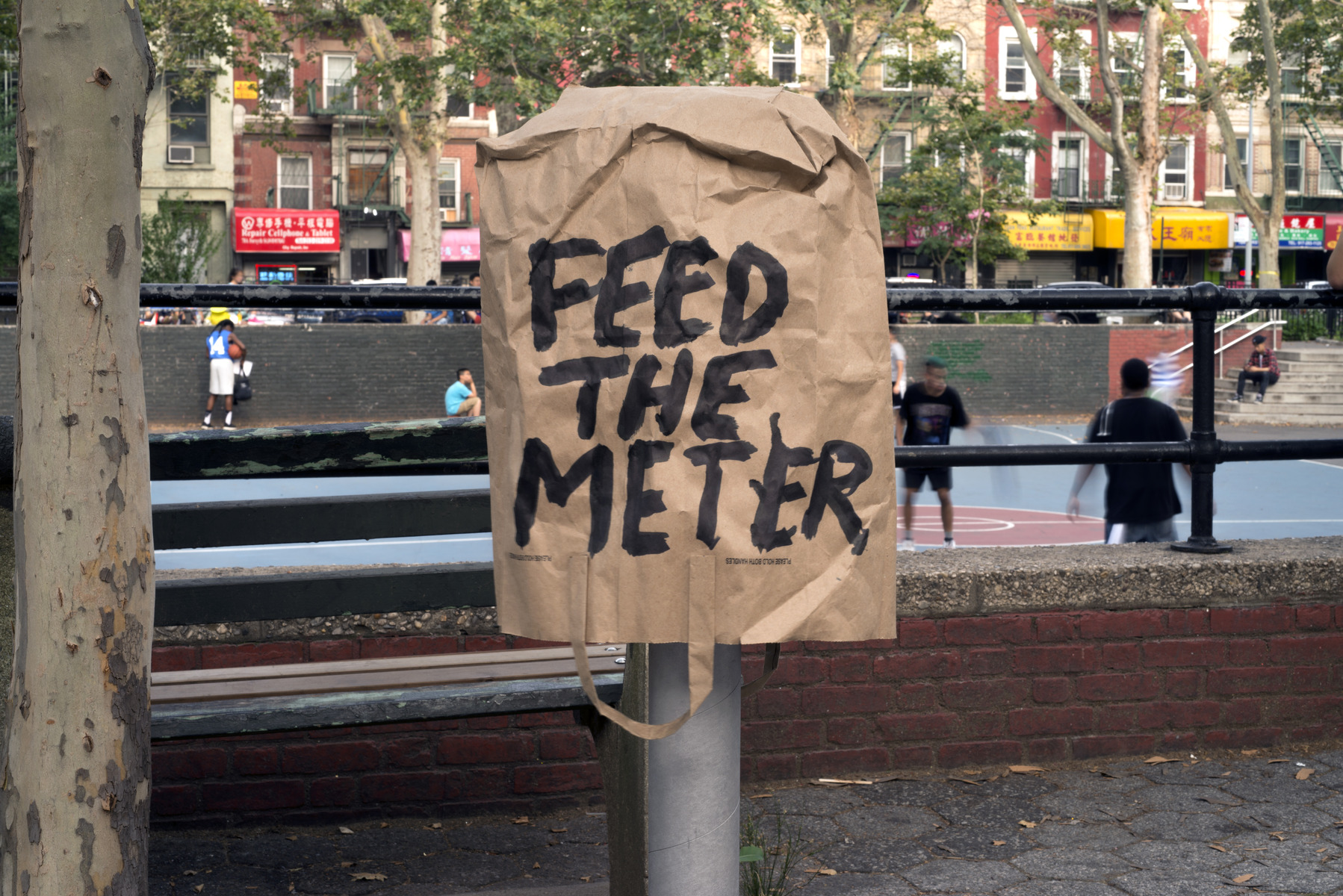 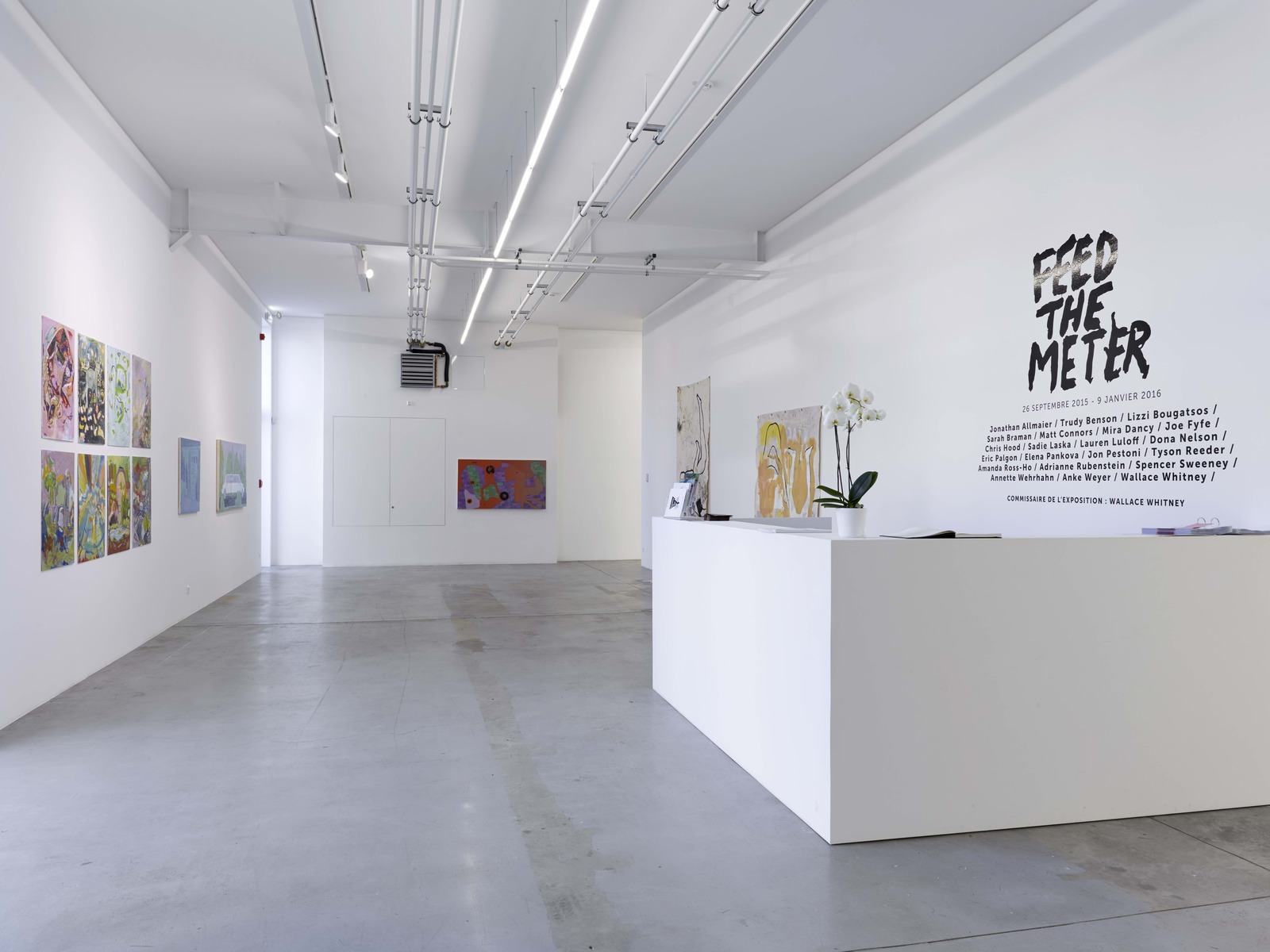 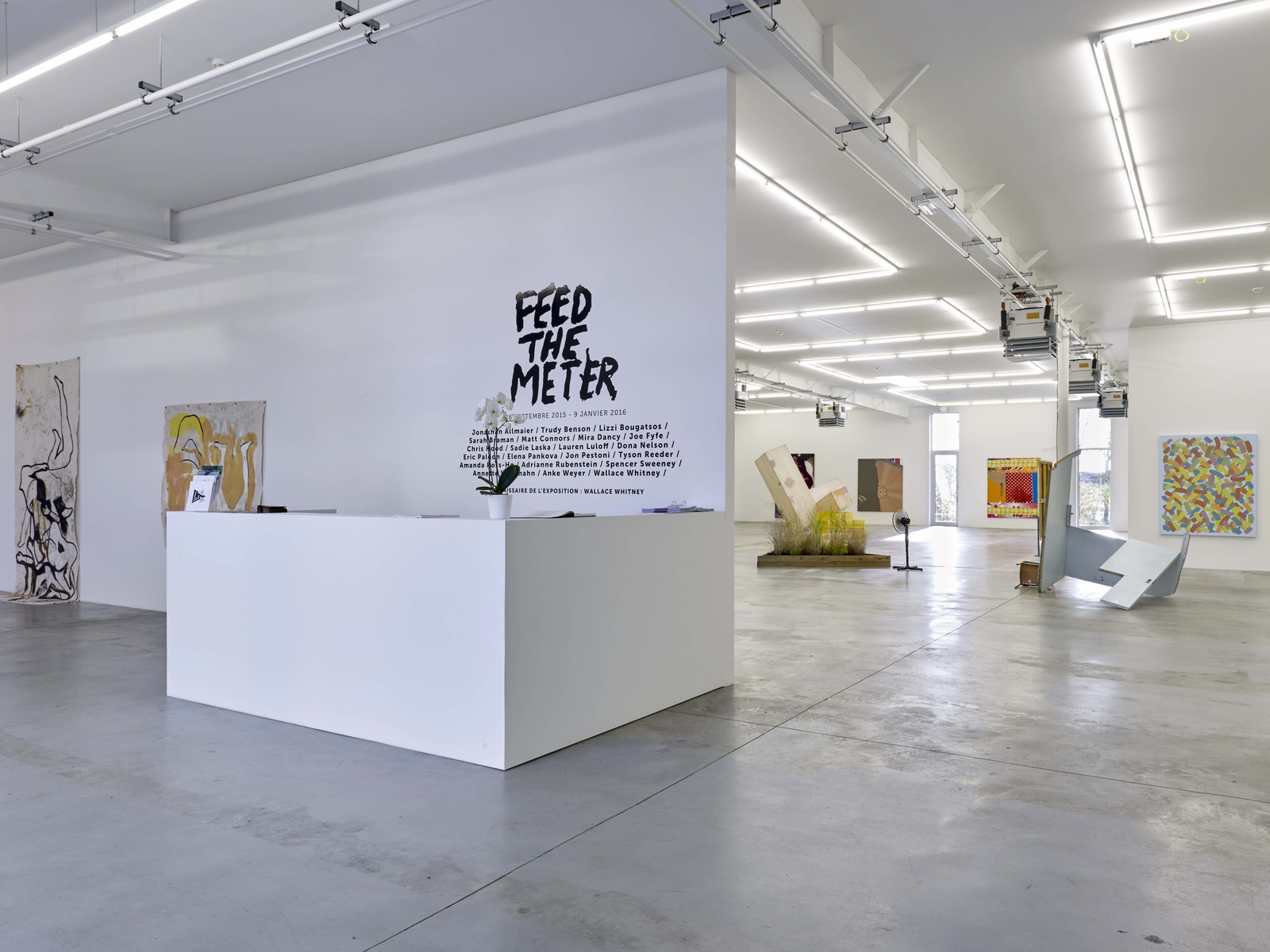 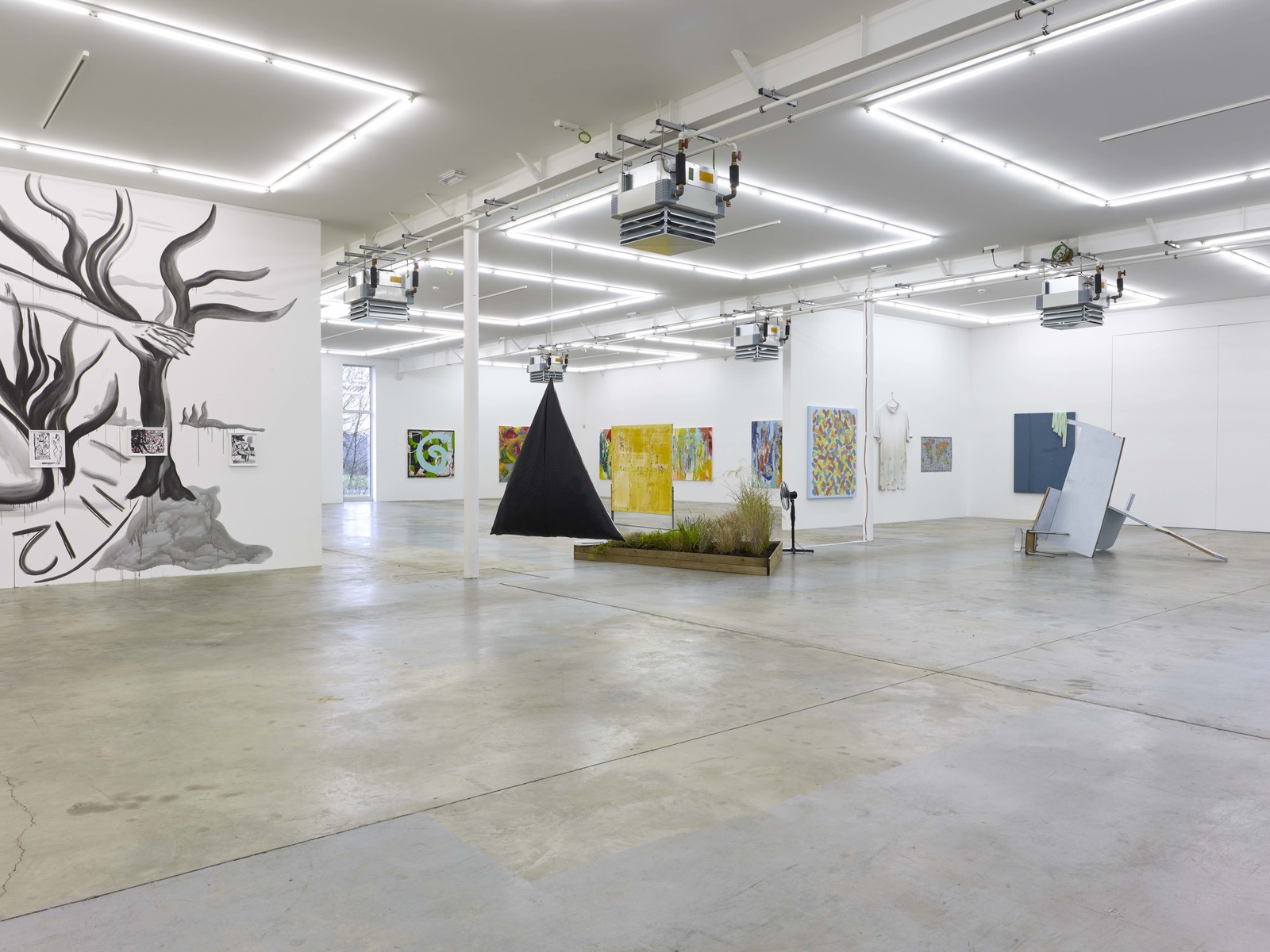 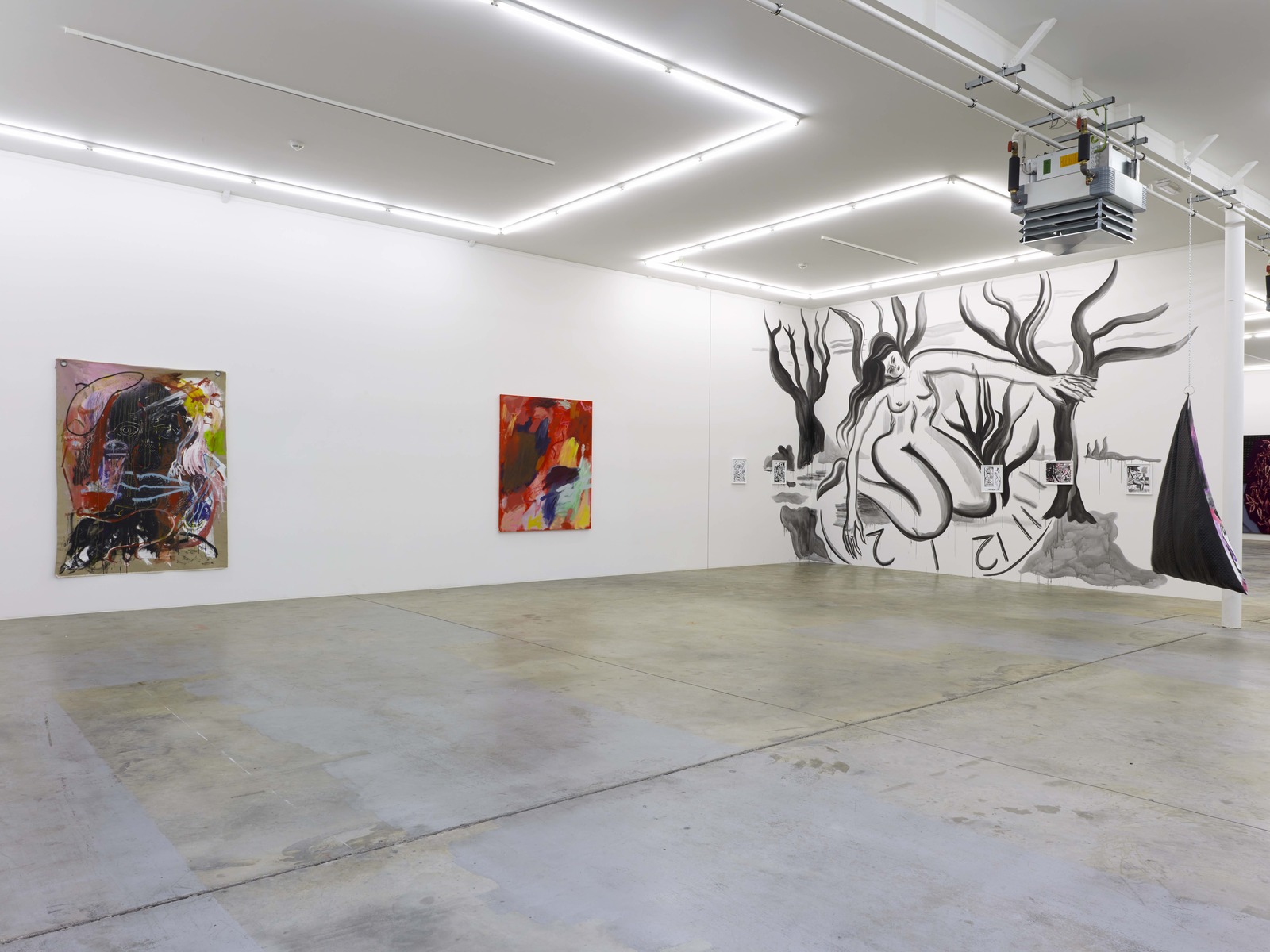 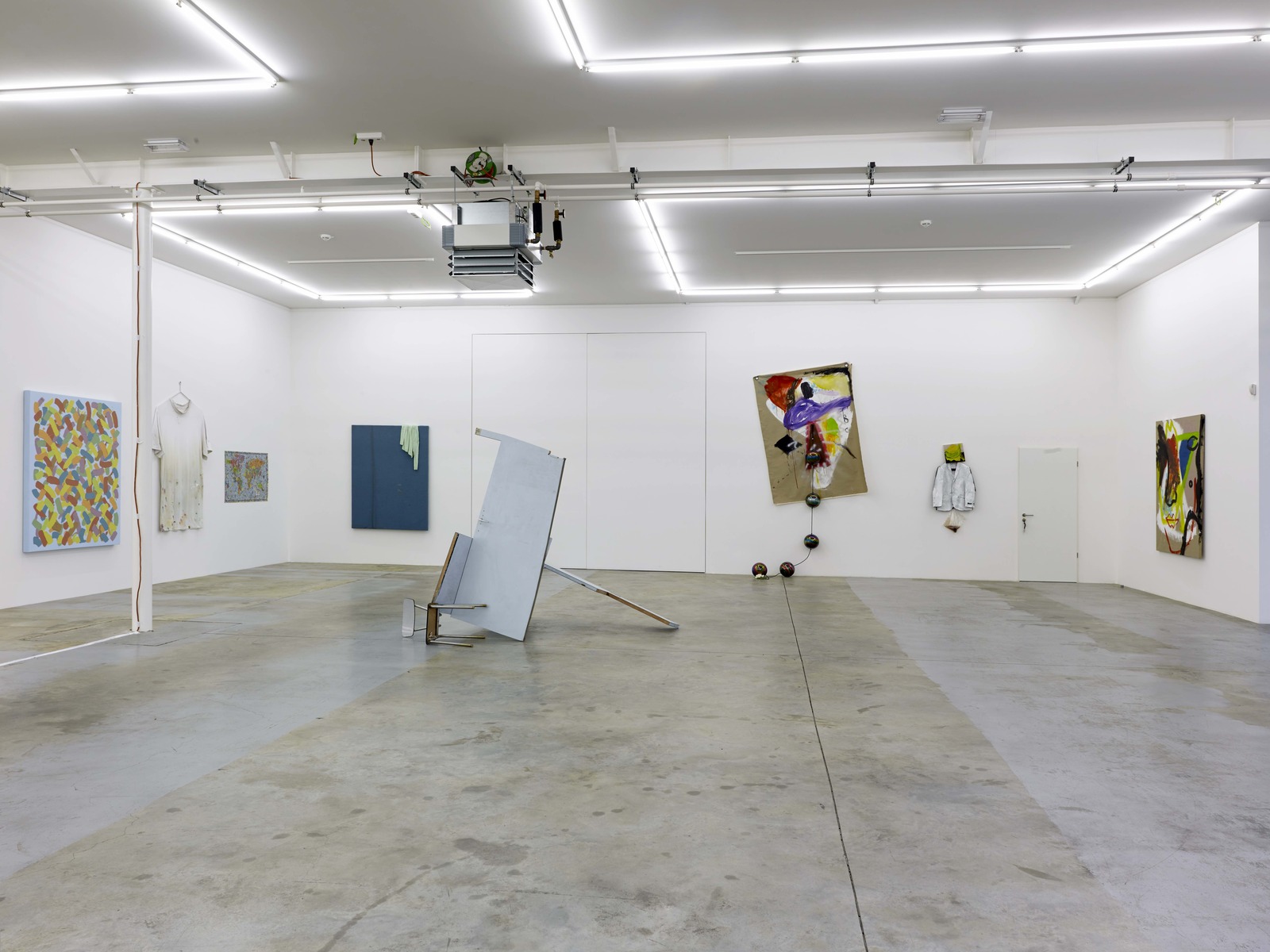 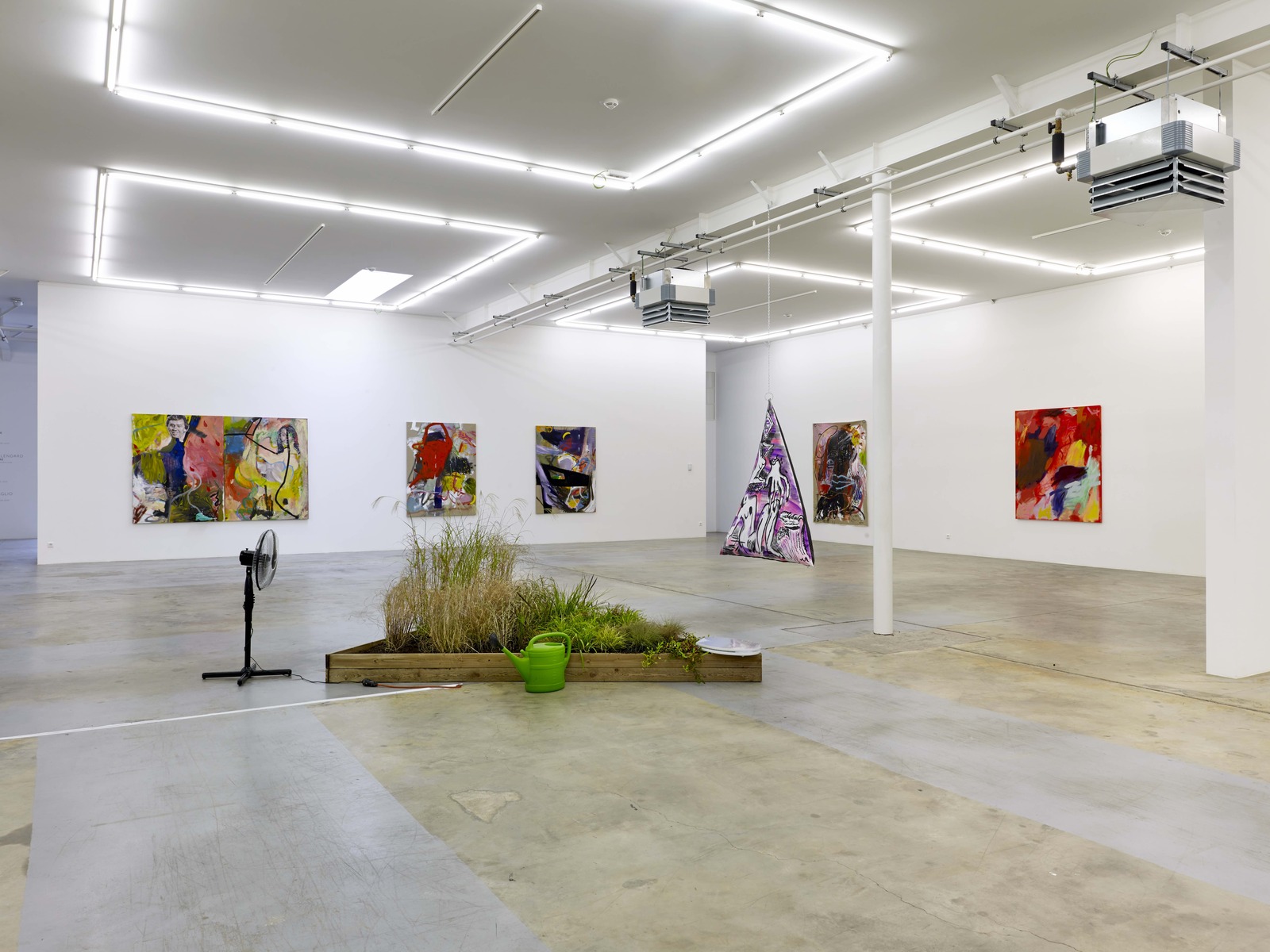 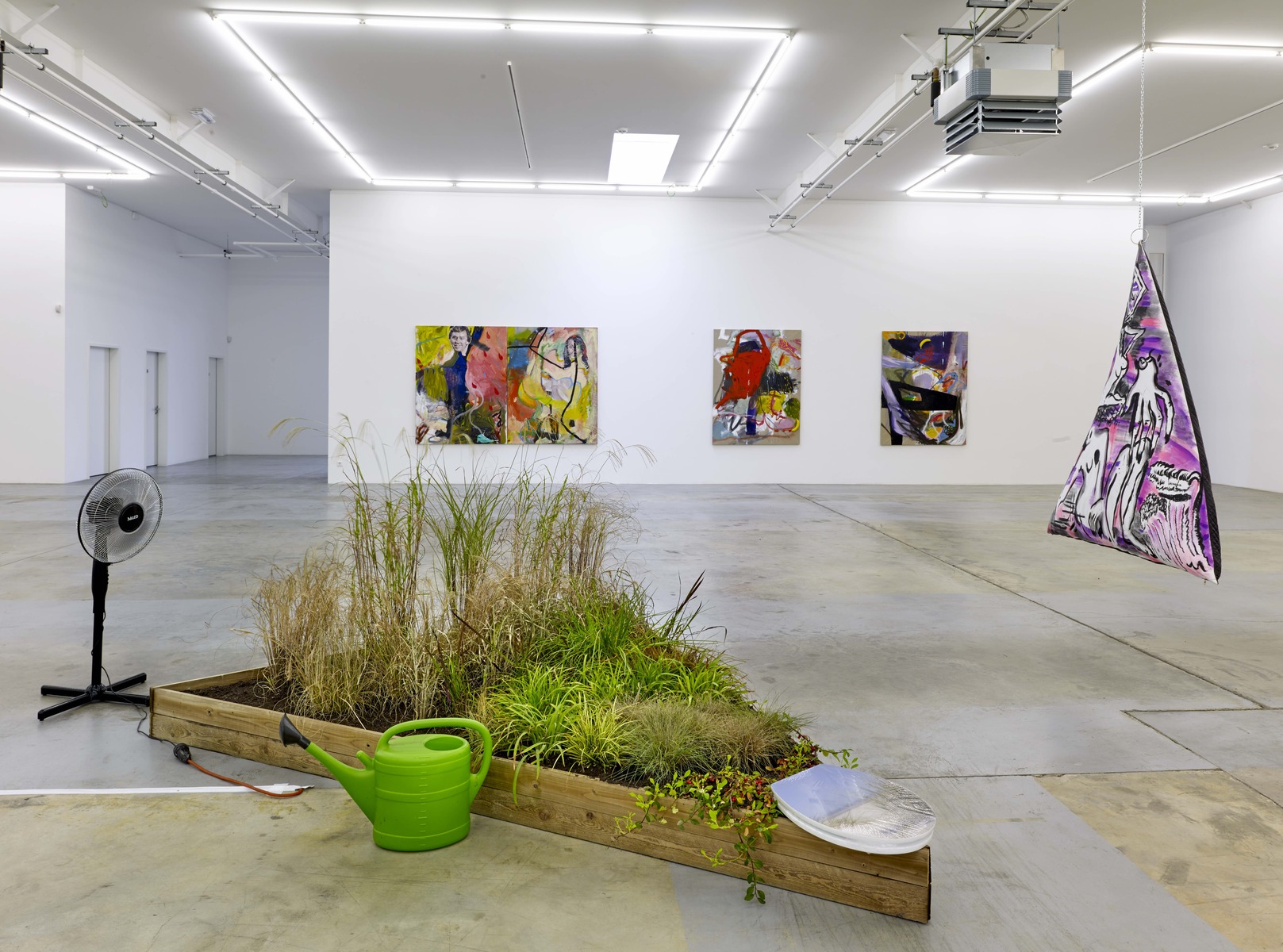 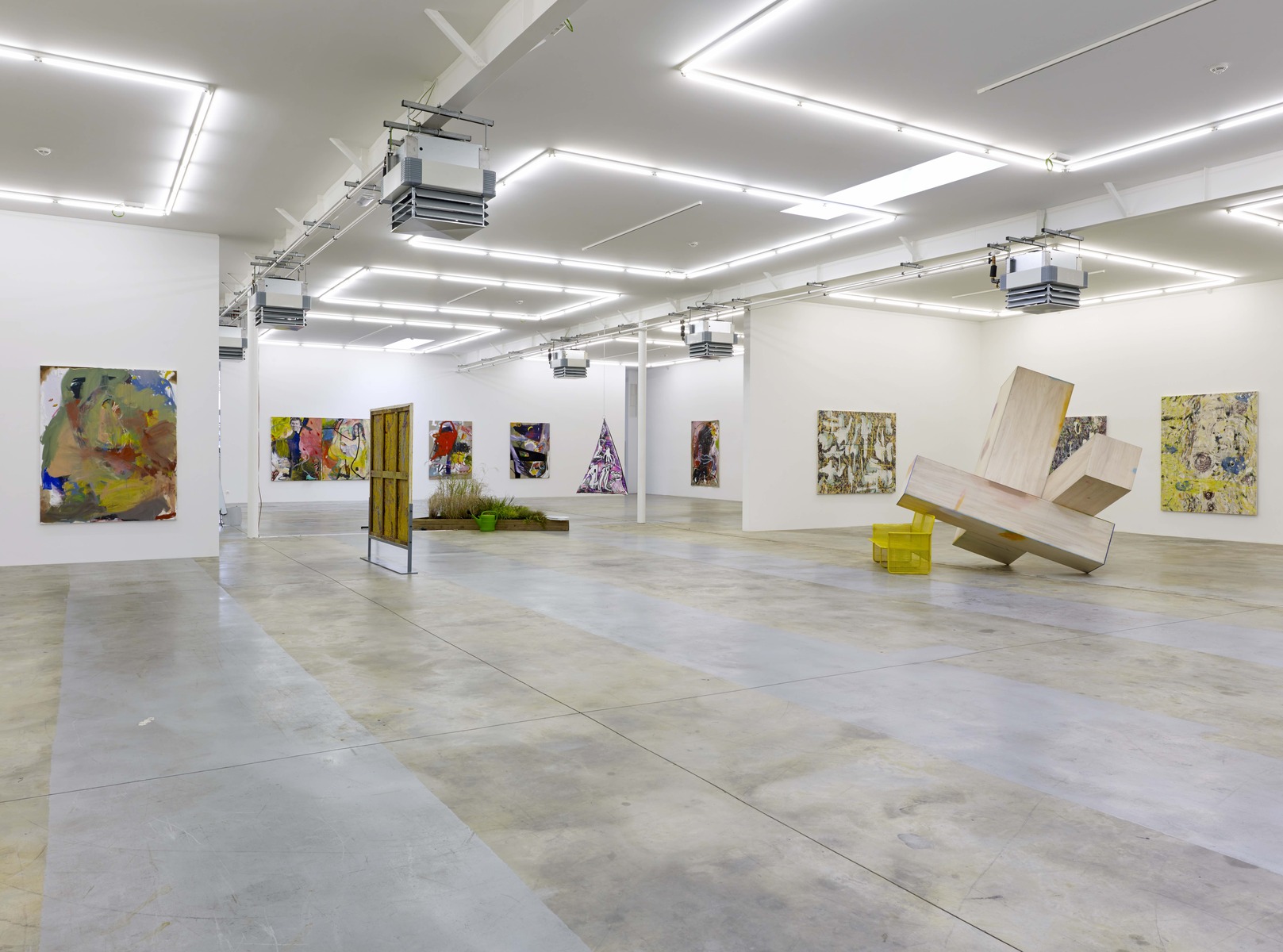 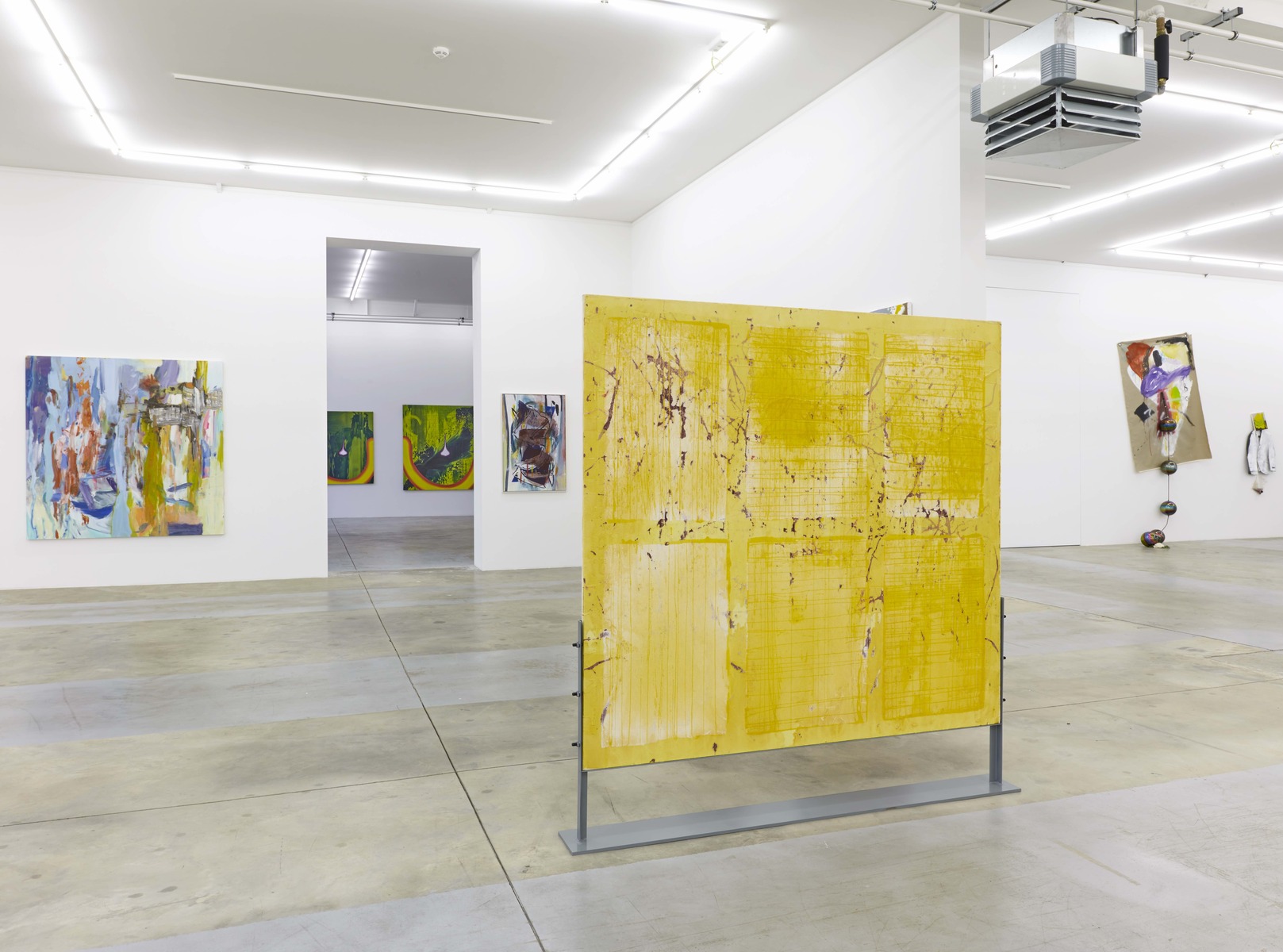 
Borrowing a title that begs an explanation, Feed the Meter*, the Bernard Ceysson gallery will present a ‘museum’ exhibition in its Wandhaff/Windhof space from 26 September 2015 to 6 January 2016 dedicated to the ‘revival’ of painting driving the contemporary New York art scene. First discerned a few years ago, it is easier now to gauge its strength and scope. Two exhibitions have undertaken to offer an account by choosing divergent but compelling works. The most recent was presented by the Kunstmuseum Bonn. The older one was organised by the MoMA in New York. The Kunstmuseum wanted to distinguish itself by not limiting its choice only to artists selected in accordance with given criteria defined and delineated by Laura Hoptman, organiser of the second The Forever Now, Contemporary Painting in an Atemporal World. At the MoMA, Laura Hoptman intended to show us the ‘masterpieces’ of this revival. Conversely, the Bonn exhibition presented a broader range of contemporary abstract New York art as though to confirm that the ‘revival’ of painting was mainly being implemented by post-minimalists or post-conceptual artists works or even generated by a kind of rather astonishing abstract photographic realism.
Our exhibition, planned and prepared by Wallace Whitney, follows on from these two exhibitions. But unlike at the Kunstmuseum in Bonn, it focuses on the trend preferred by MoMA by not limiting itself to illustrating change through the simple presence of established artists. More open to young talent, it focuses on the deconstruction of the picture undertaken by some of the artists on show, enabling us to stress the topical nature of Supports/Surfaces. It favours colour, as though to mark a change from the dominant ‘tonal’ propriety in contemporary artistic production. This predilection for colour and its expressive and sensual force seems to express a kind of cold nostalgia for abstract expressionism and the energies that it unleashed on the canvas. Contemporary artists, however, cannot revive the heroic dimension of this gesture. They use what is left visible, identifiable. As they do for other moments in American and European art. And for other periods of art in mankind’s history. It is the Internet that offers artists today access to flows and stores of information about themes, shapes, styles and manners. These data are appropriated by the artists who re-use them by shifting their temporal, geographical and social or cultural context: they are no more than ‘motifs’. In the For Ever Now catalogue, Laura Hoptman describes processes artists use: reanimation, reenactment, nostalgia, cannibalism, etc., thereby perfectly describing the atmosphere in which they create today, in the face of globalisation, the instantaneousness of availability and the spread of an imaginary museum whose wealth of content and one-dimensionality could not have been foreseen by Malraux. Failing to re-enchant the world, these actions and processes give rise to life-saving questioning and the expression of aesthetic convictions marking a break with – simply put – a less universal than globalised art defined mostly by its market value.

Painting today can no longer be a return to order of the past or the exorcism of the present to prefigure the future. Neither rearguard nor avant-garde exist any more. Now all artists have is a present in which to try to live and create. Paradoxically, in this assumed timelessness, with their works, as Laura Hoptman well shows, they evince a very serious and very seductive “connoisseurship” of modernity. In their re-use of its themes, its motifs, experiences and attitudes, many of the artists brought together by Whitney Wallace show a desire to celebrate and revive it, without nostalgia and without the intention of re-enchanting its resuscitation. A true archaeology of this modernity, buried as though for ever under the rubble of its failures, cannot be expected to be possible. The mounds under which it is buried seem to have no historical predominance in space, deprived of lived time, of Internet. And yet? Does the painting of today not offer the first premises, the already detectable omens in the chaos of reality of an avant-garde, the signs of a renewed and necessary modernity delivering us from a form of contemporaneity that a uniform art imposes upon us, being unable to make us dream? That's another story. But, as we know, the history of art is made of these seemingly insurmountable contradictions that turn out to be the engines of human creativity.

*The choice of title came to Wallace Whitney during his visits to the artists present in the exhibition. Obliged by the scattering of their studios to use his car, he had to feed parking meters in abundance. The notion of feeding thus became the main subject of his activity for him. This choice determined the images of our communication. These images lead us to dream of America, New York, California. Implicitly, they tell us that this exhibition is, in its way, a celebration of a truly American, energetic and effective art. And that this painting is possible only in New York or Los Angeles. In return, they suggest we also look differently at European and particularly French art, art made in France, underestimated for who knows what reason.