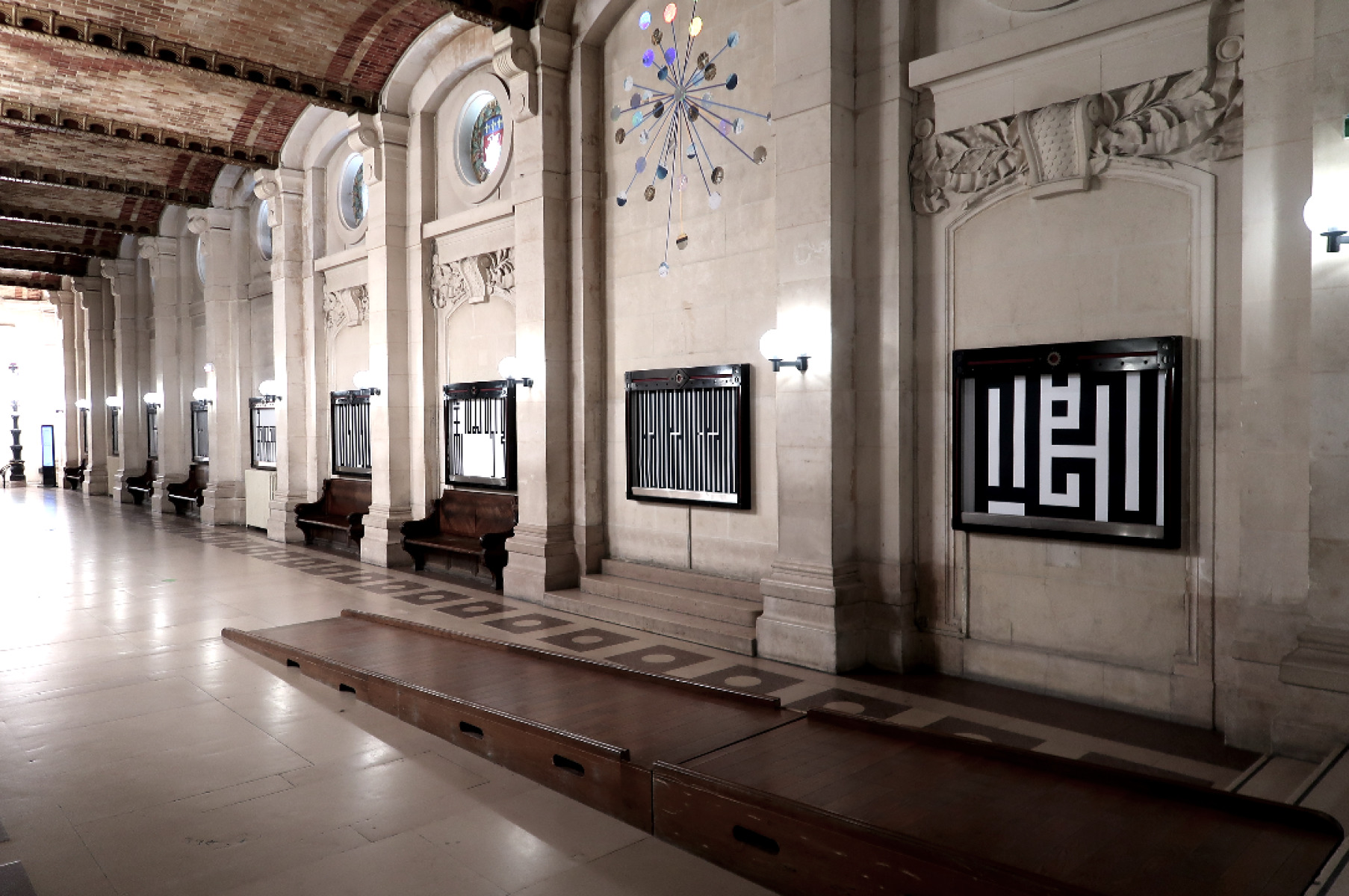 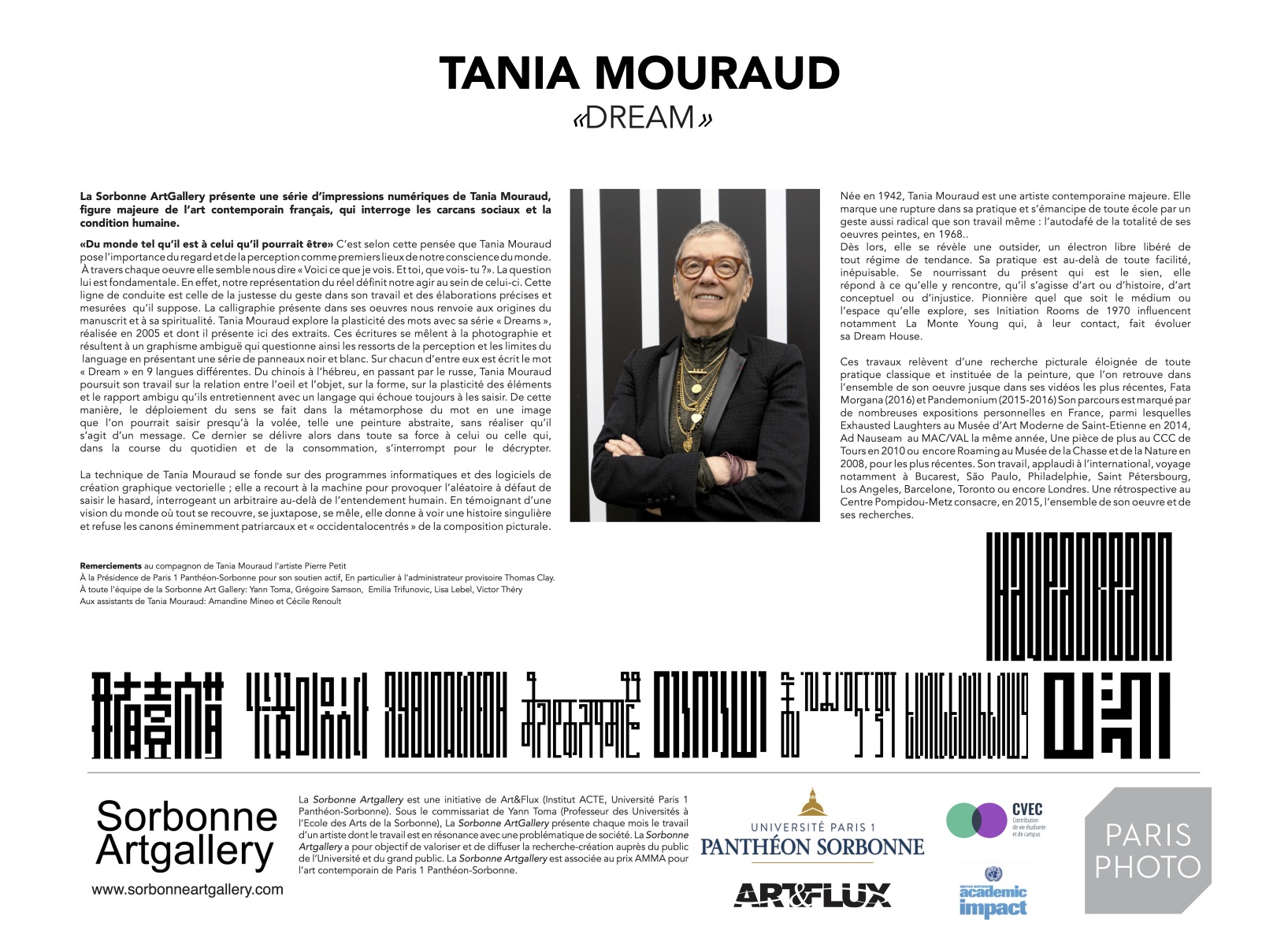 As part of Paris Photo's VIP itinerary, the Sorbonne Artgallery presents a series of writings printed on photographic paper by Tania Mouraud, a major figure in French contemporary art, who questions social constraints and the human condition through the in situ reactivation of her work "Dream". She declines the phrase "I have a dream" in 9 languages and thus, by referring to Martin Luther King's 1963 speech, positions herself in the current fight against racism carried by the worldwide Black Lives Matter movement.

Since the late sixties, Tania Mouraud's work has been part of a practice questioning the relationship between art and social ties using different mediums: painting, installation, photo, sound, video, performance, etc.. She proposes to add a meditation room in our standard apartments (1968). She displays in the public space on 3 x 4 m panels her disagreement with a society glorifying having at the expense of the human (1977). She reflects on the decorative relationships between art and war, on the limits of perception with the help of writing by creating "words of shape" (1989). From 1998, she uses photography, video and sound in a strong relation to painting to question different aspects of history and the living.