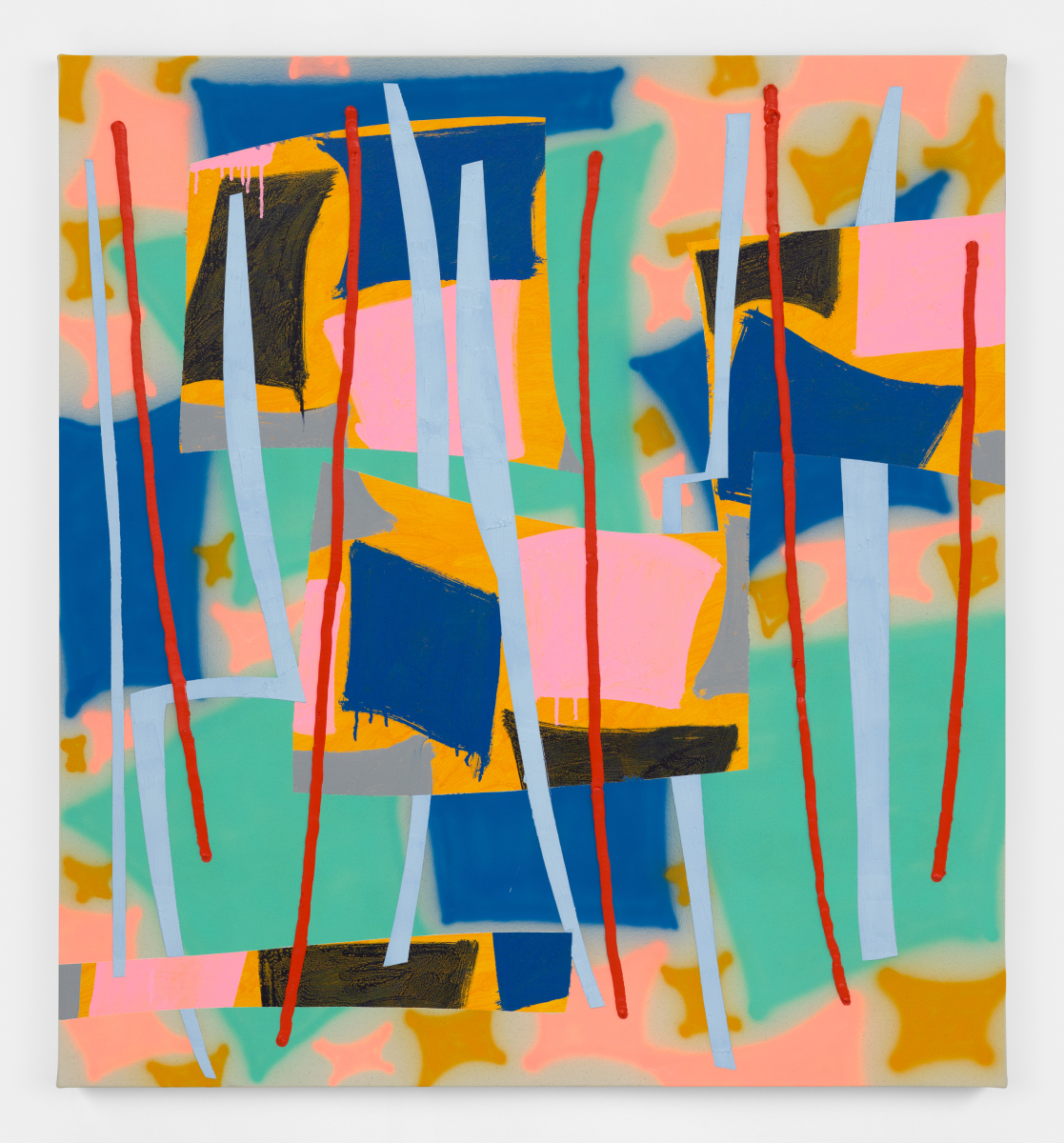 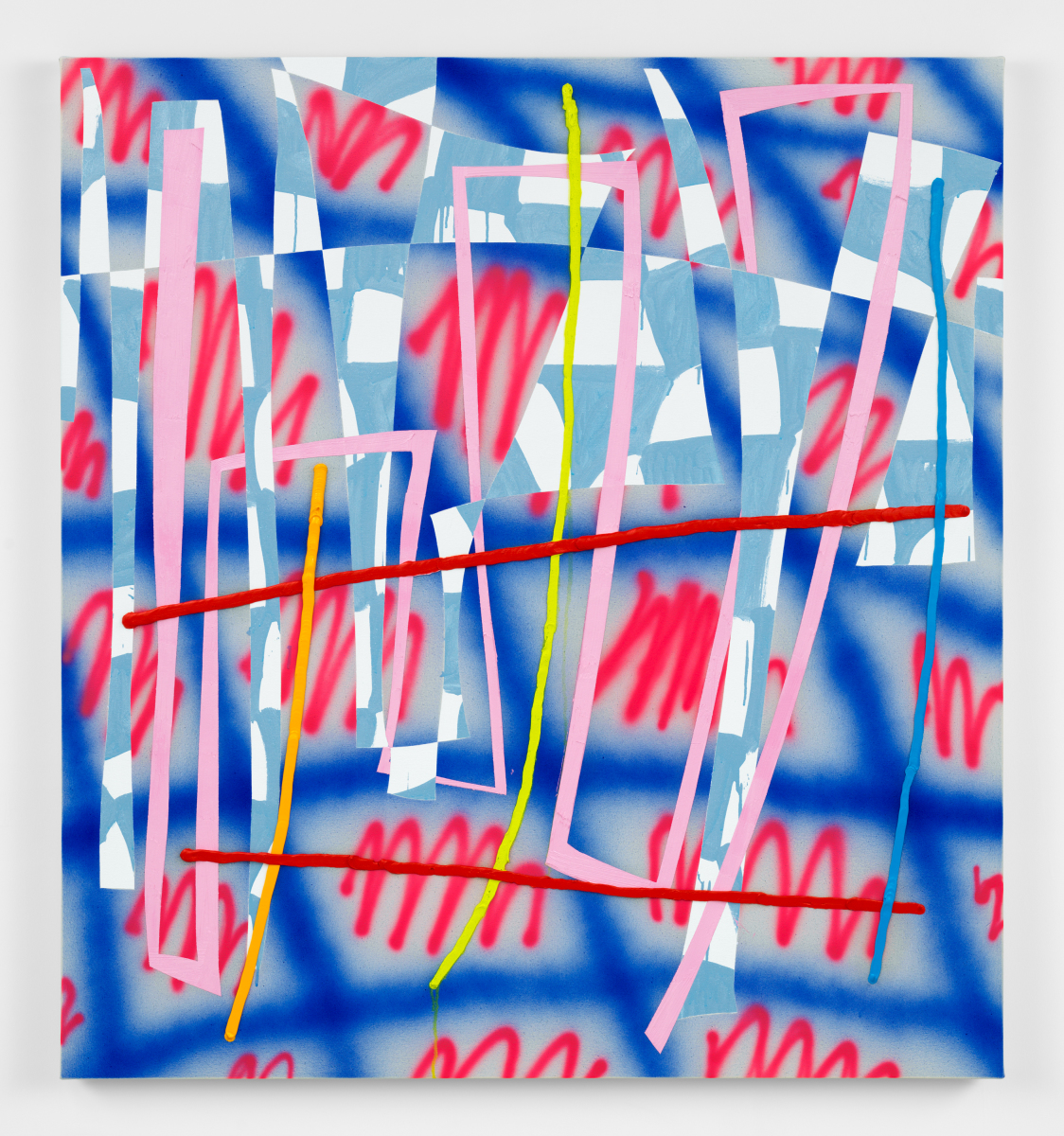 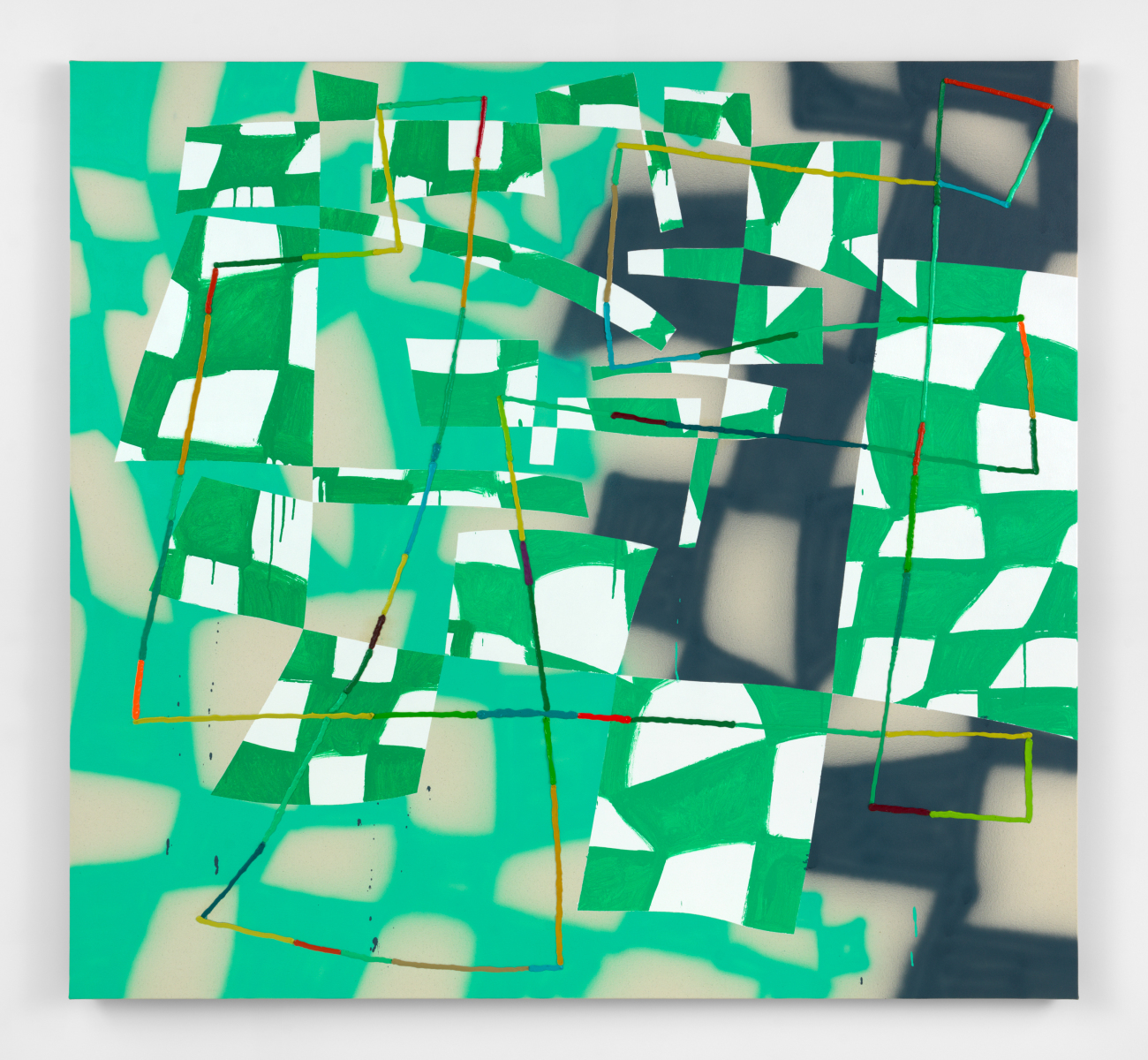 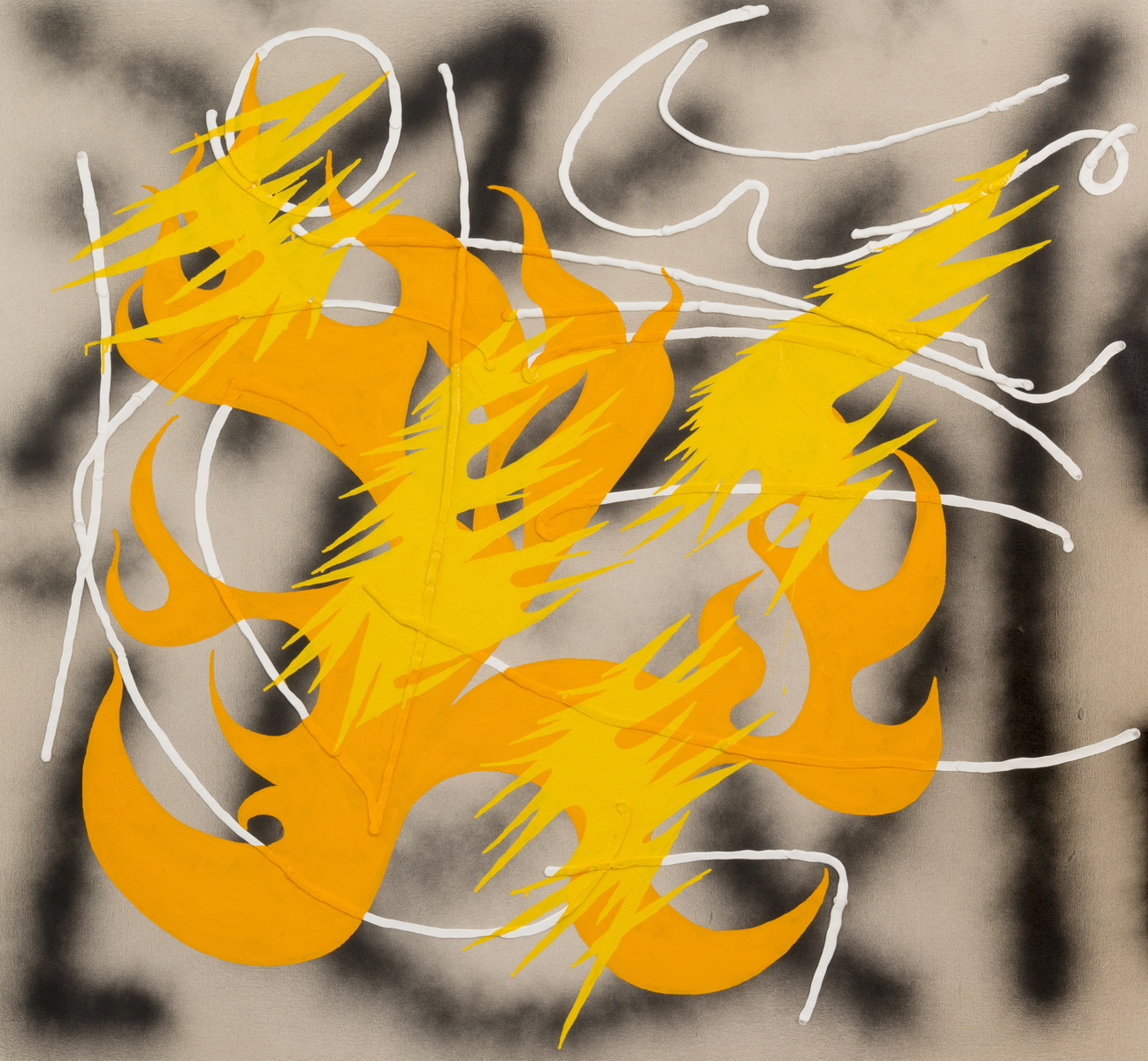 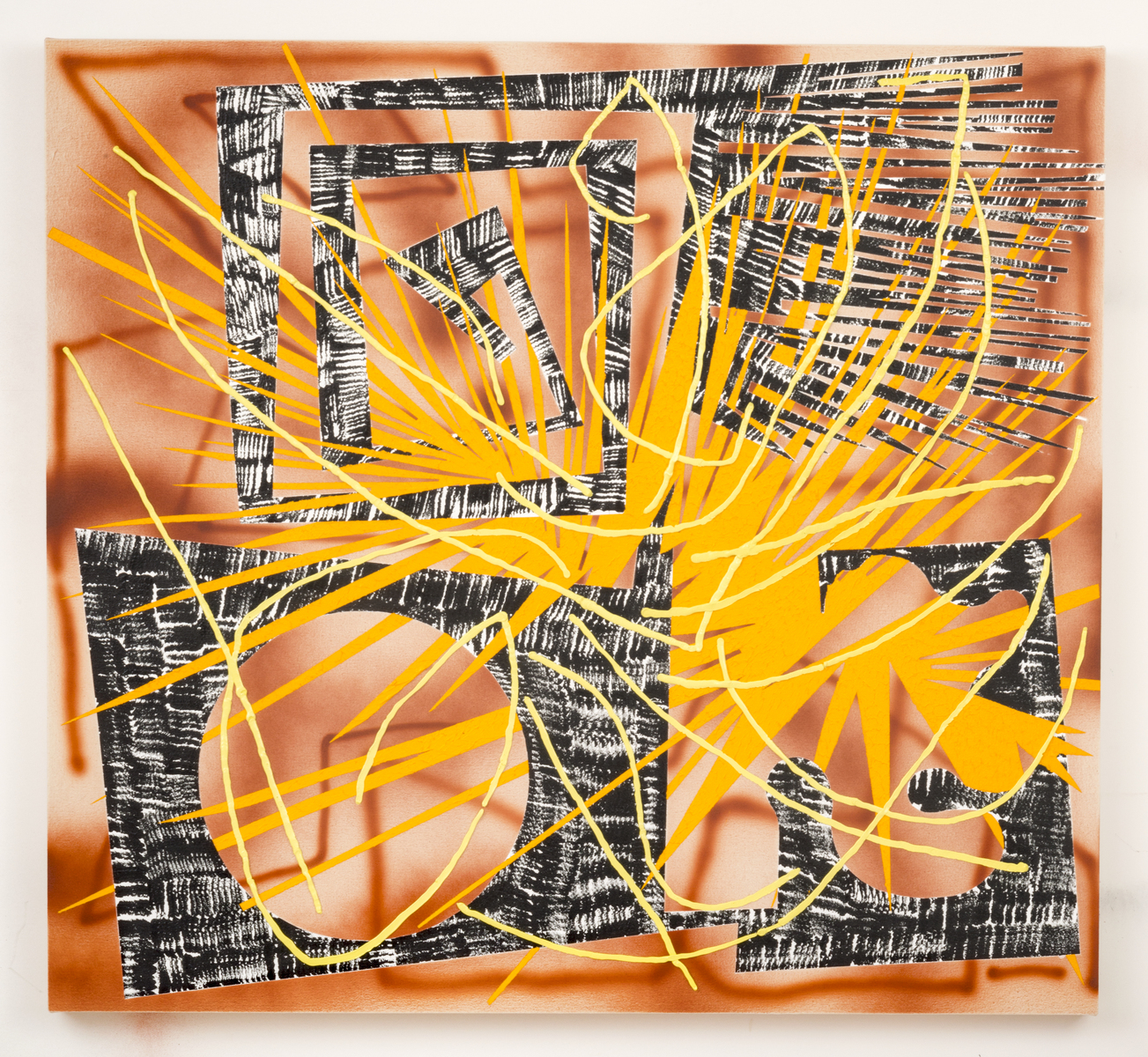 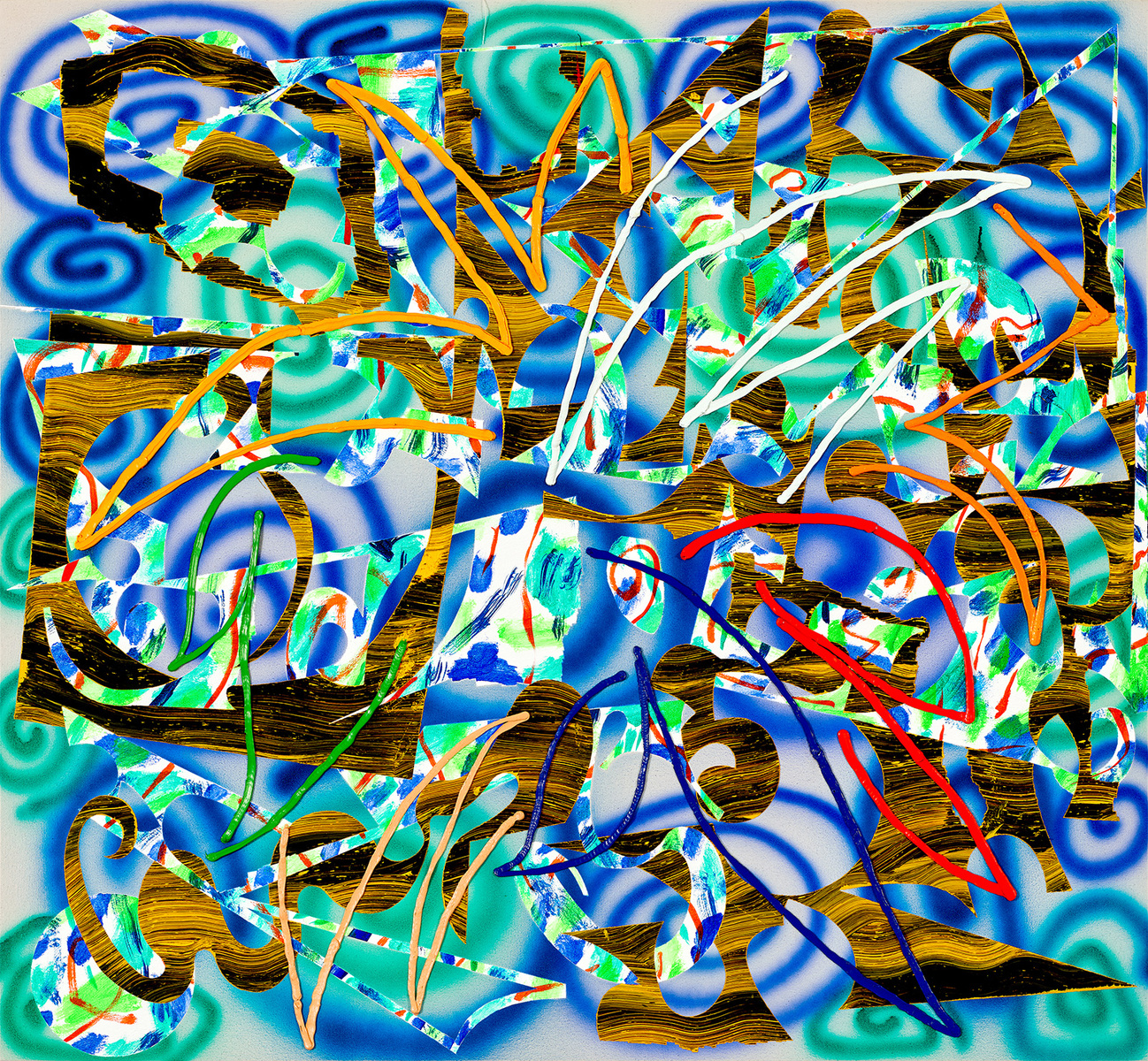 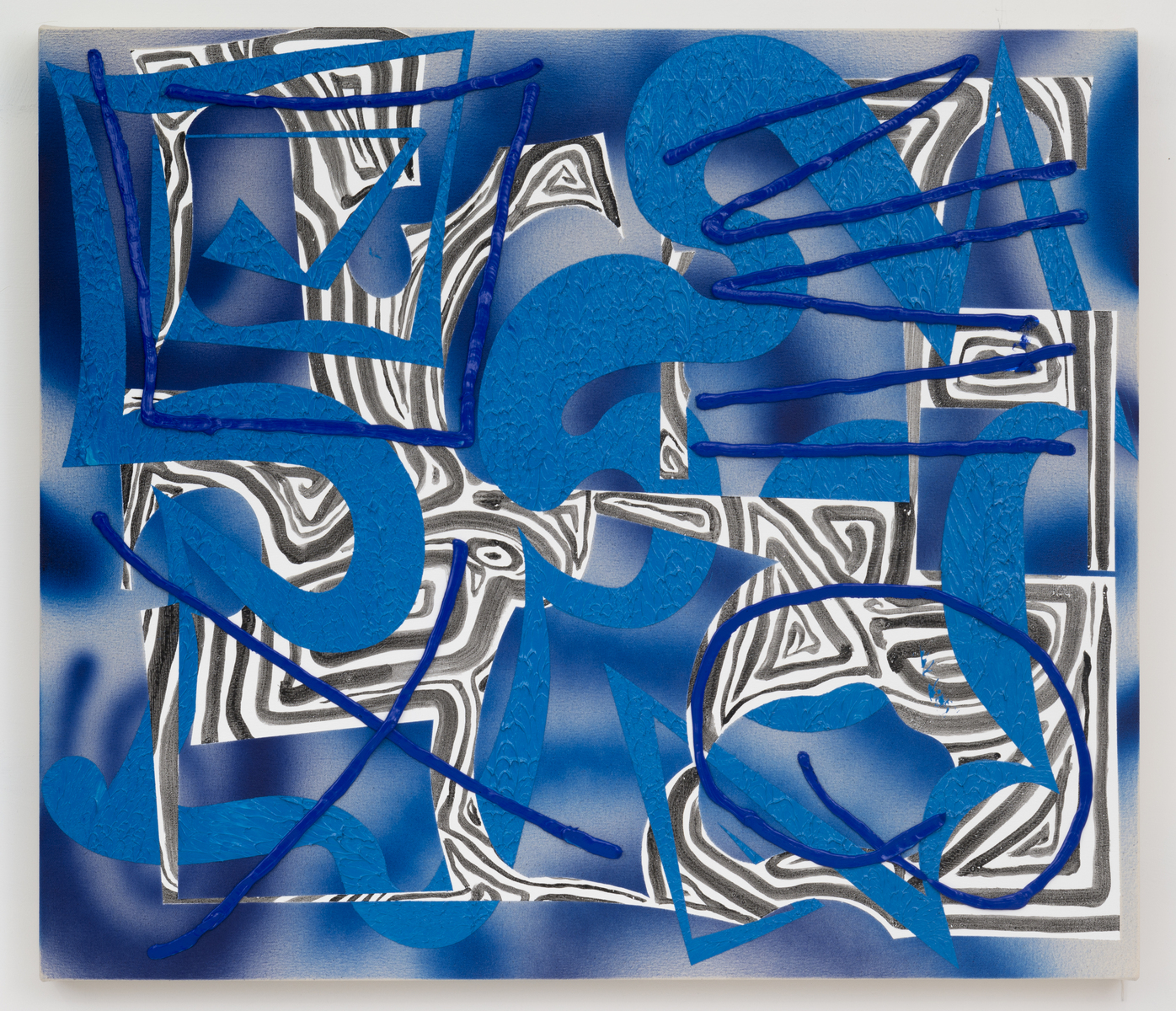 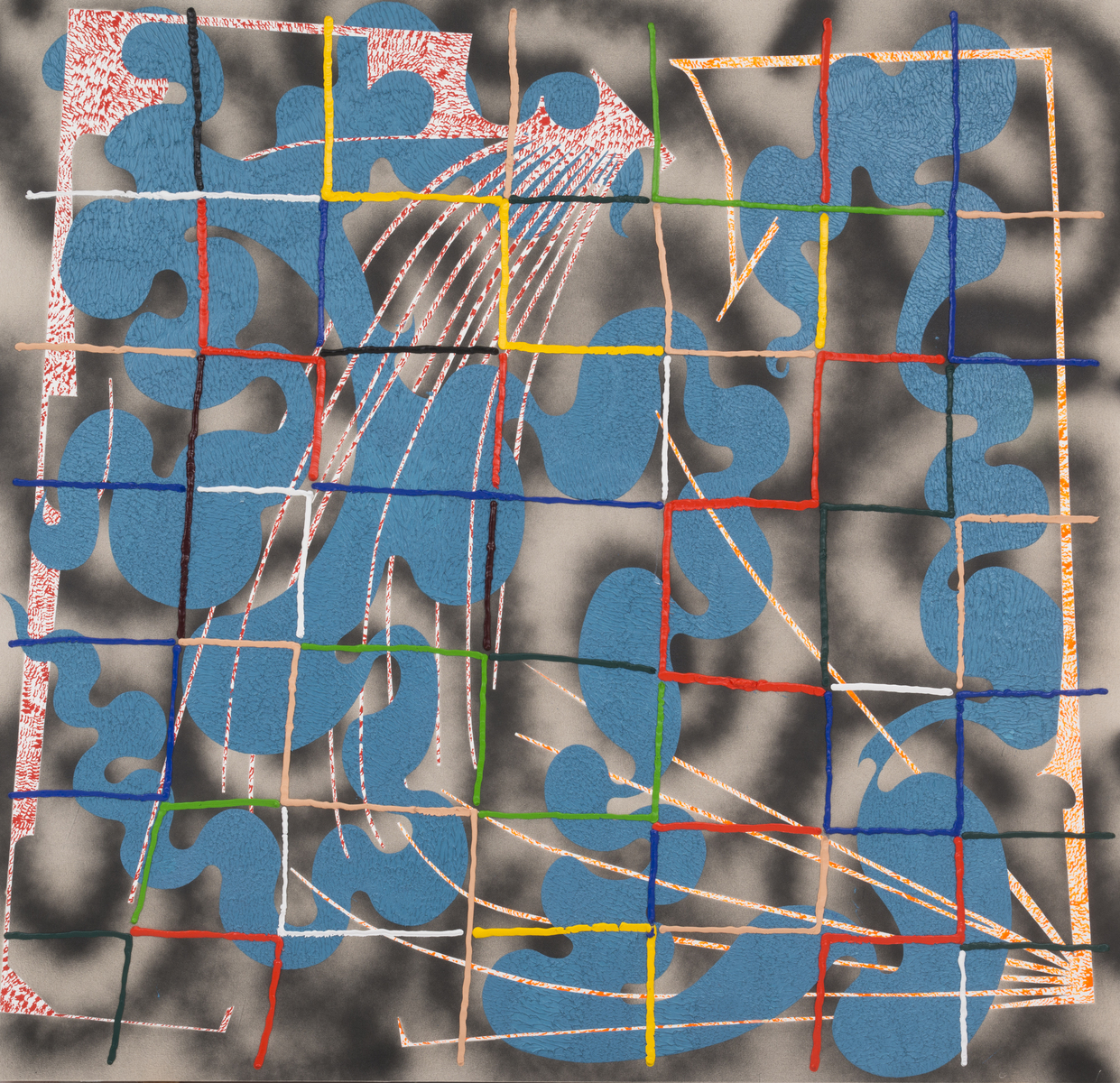 She lives and works in Brooklyn, New York.

One of the reasons I fell in love with painting was the sensation of walking into a room and being able to smell the paint. Surface is so important to me for the same reason, there is a physical presence that is immediately apparent when you are actually in a space with a painting. I also enjoy using colors and color combinations that can’t quite be photographed the same way that our eyes see the color IRL. It’s almost a fetish to have so many sensory qualities in an essentially 2-D object, especially these days when almost anything can be experienced virtually. The idea that a painting, which at one time was a virtual experience, a window, can now be decidedly phenomenal is something that has driven the work for years.

Trudy Benson's paintings are notable because her method is laid bare for any viewer willing to look deeply. The paintings start with a raw canvas and a commercial airbrush. Benson sprays broad gestures or stream of consciousness doodling then she adds blocky cell-like structures of solid bold color that obscure and activate the surface with dynamic shapes. She often slathers lines of paint extruded from a pastry bag adding another dimension of depth and activity to the surface.

The contrast between the wispy spray and thick frosting-like paint creates a dramatic sense of space. If the eyesight is softened the hard-edge planes lift and hover off of the surface, sharpen your vision again and the heavily physical surfaces regain their heft and presence. The difference between a substantial grounded shape and the ethereal atmosphere is a key into what makes Benson's work ebulliently muscular and airy simultaneously.

Trudy Benson belongs to the generation that inherited a society where computers and technology are seemingly like air or water, not optional but an overarching aspect of reality. The idea that we can « unhook » or opt out of social media is becoming quaint in the blink of an eye. Benson's paintings seem to ask questions about the nature of newness and the converse state of nostalgia and memory.

The nostalgic quality that is embedded in the paintings is seemingly about the rapid pace that the newest computer tools begin look simplistic or silly. Benson's paintings take a similiarly investigative look at high-modernist abstraction; a language, like computer software, that is full of codes and rules. Benson's intuitive improvisations on these codes offers us glimpses into how our lives are shaped design and visual logic. It is the insouciant attraction to both the high and low of abstraction that recalls such American painters as Elizabeth Murray, Rebecca Morris and Katherine Bernhardt.

Benson has often talked about using primitive computer drawing tools like Macpaint as her preferred method for sketching out ideas before beginning a canvas. She often describes these tools as being left behind on old computers, in effect these programs are found or rehabilitated, as if through a happy accident. Benson finds pleasure in spotlighting the act of making painting as a step-by-step layering process. « Layers » is a term that any person familiar with using Photoshop or any other graphic computer program would recognize immediately.

But ultimately there is something exuberant rather than programmatic in the paintings : running late, rushing out the door, down the stairs... off to work. The happy push inside of each painting is urban, fun and utterly free. 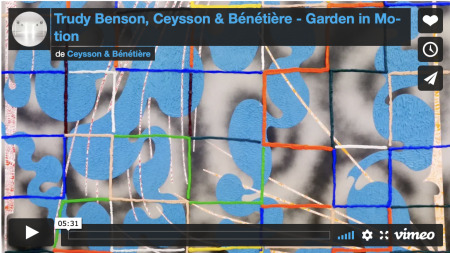 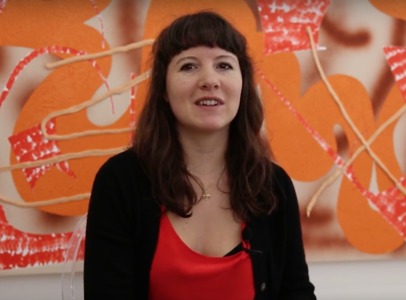