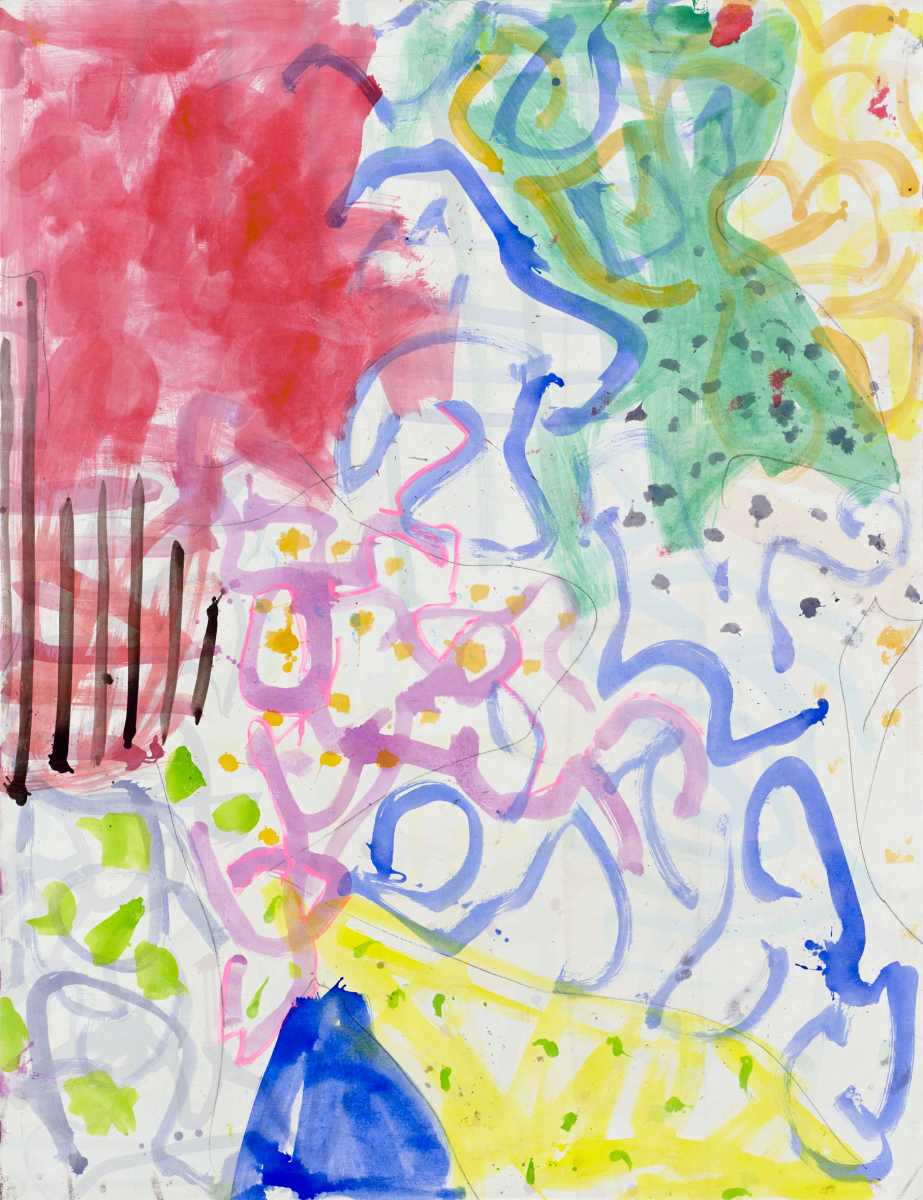 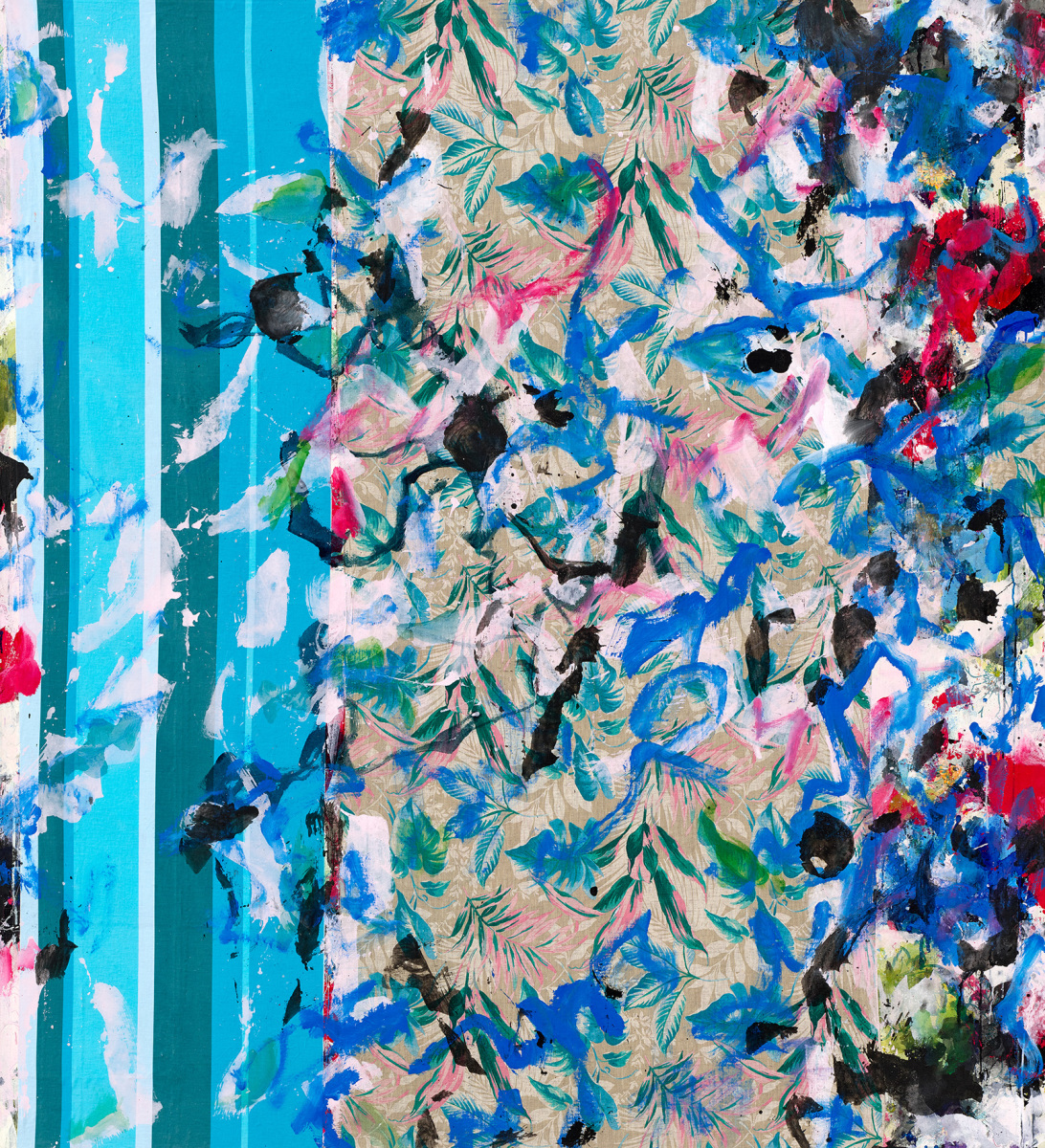 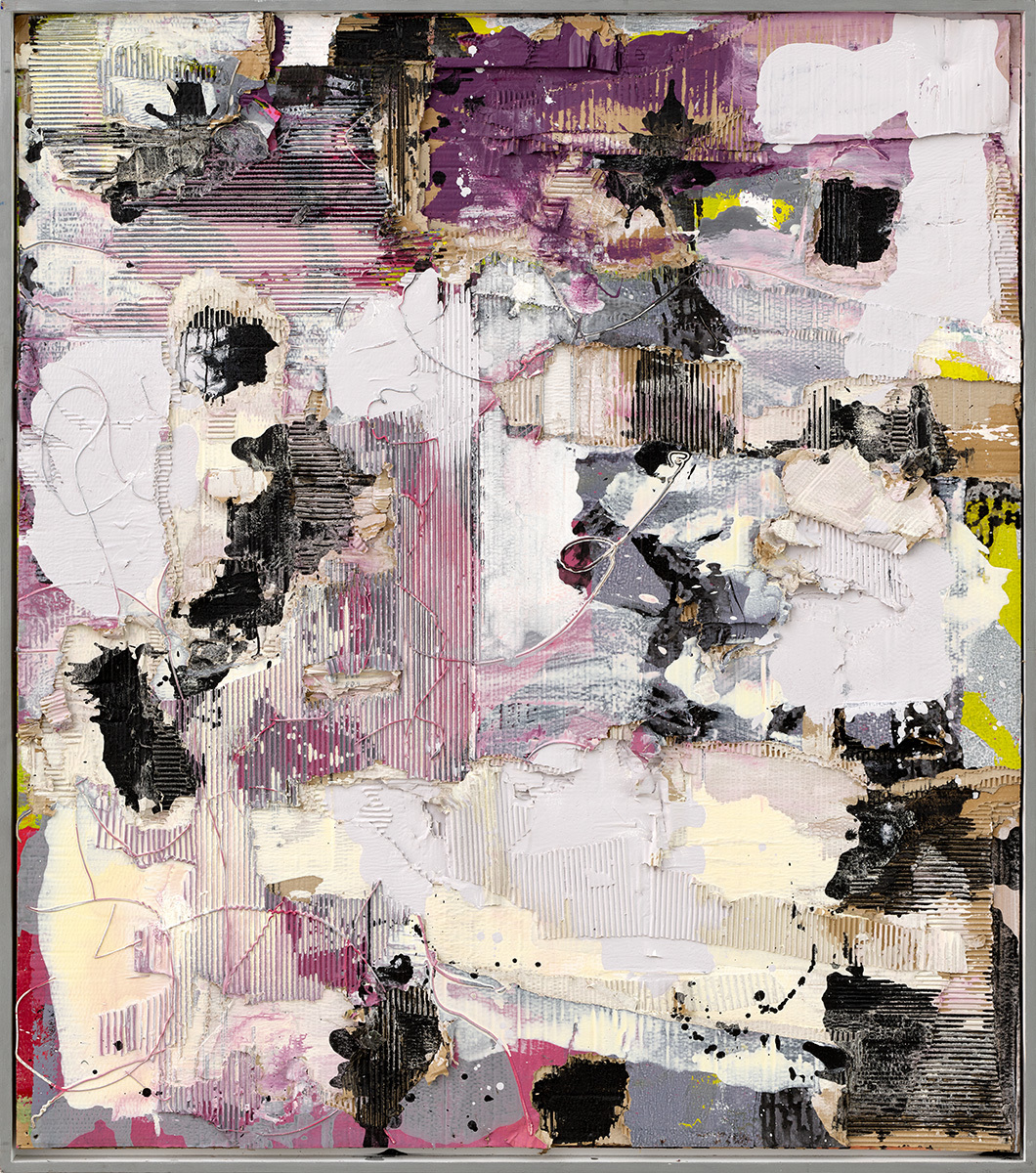 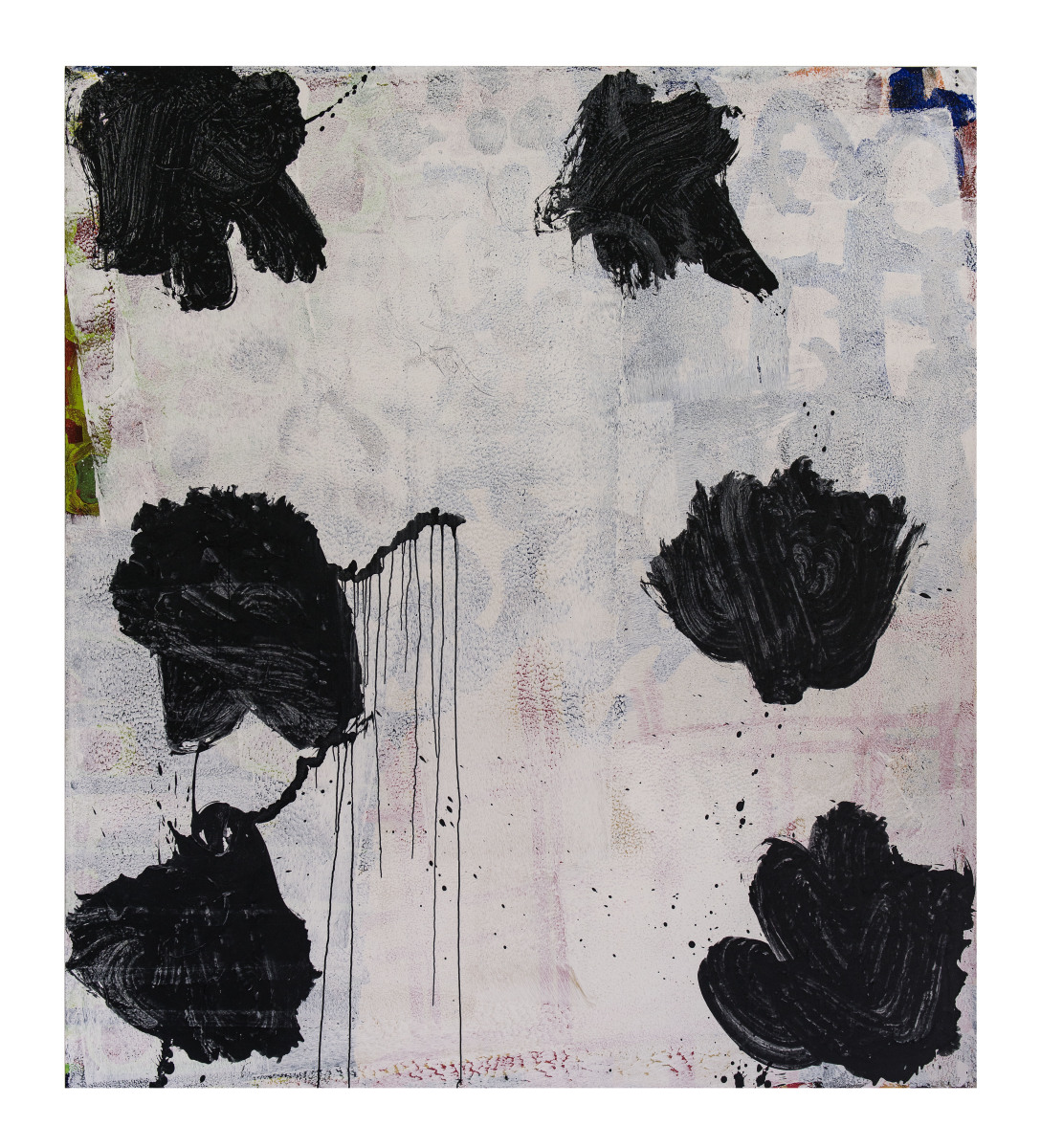 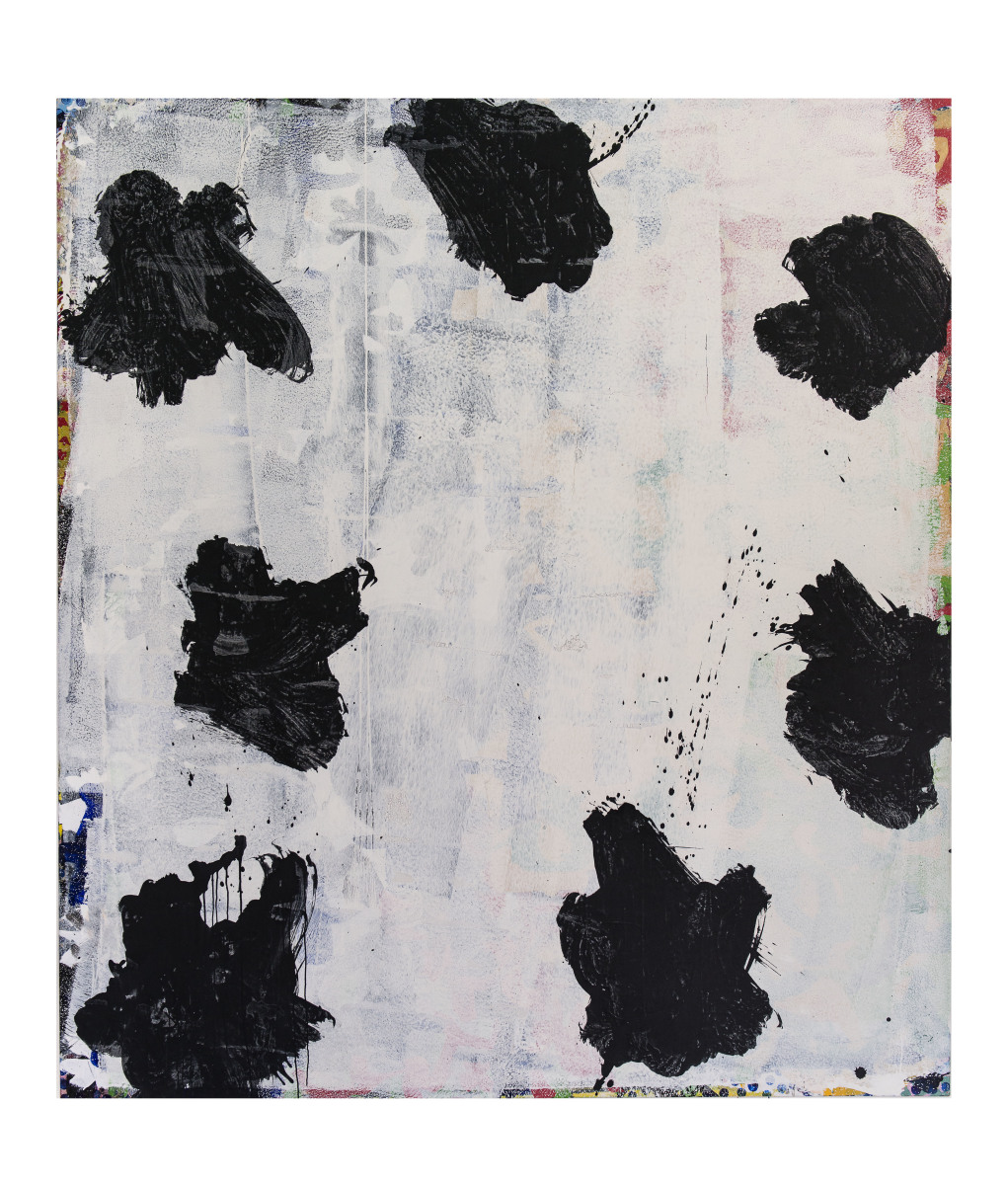 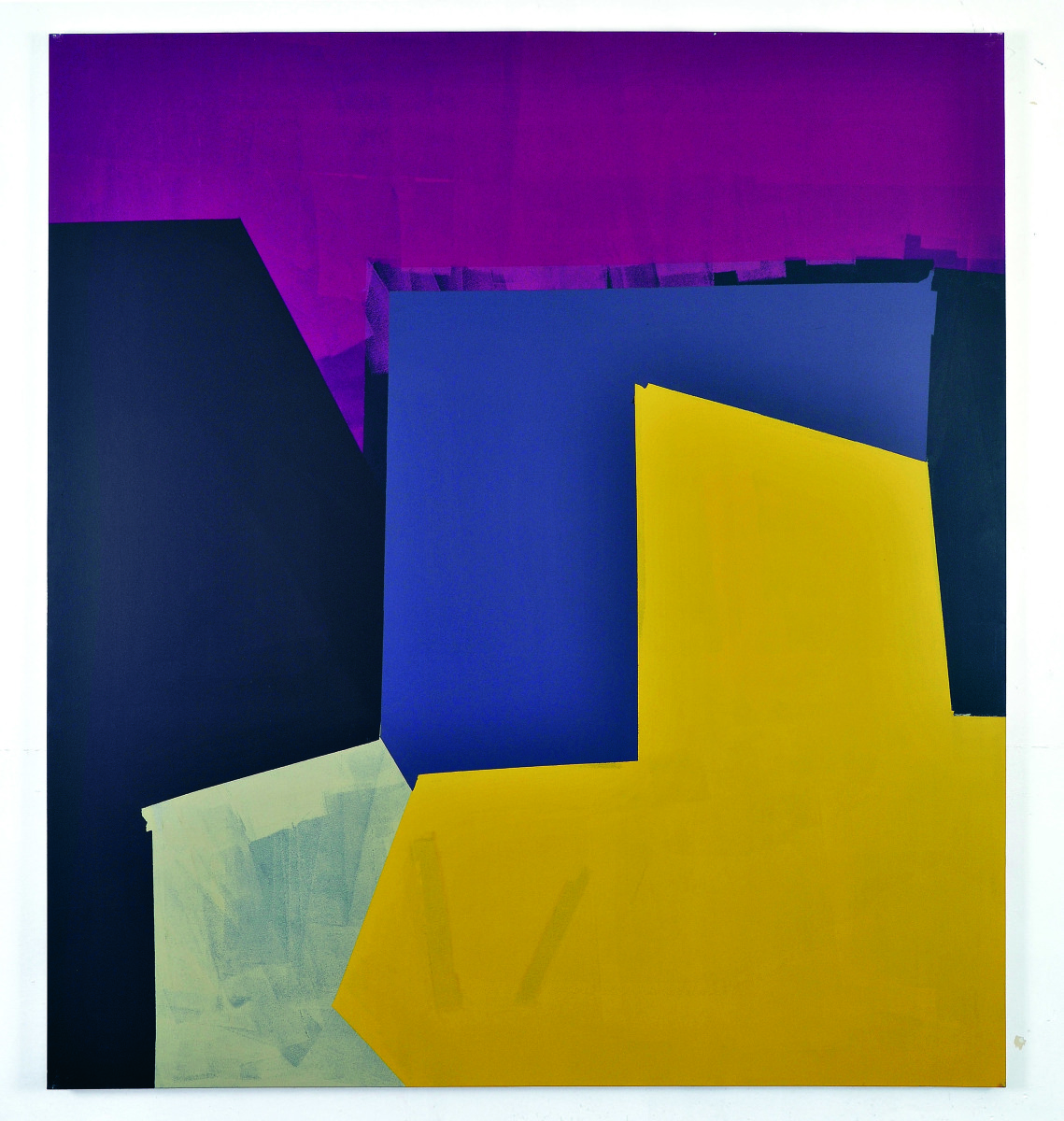 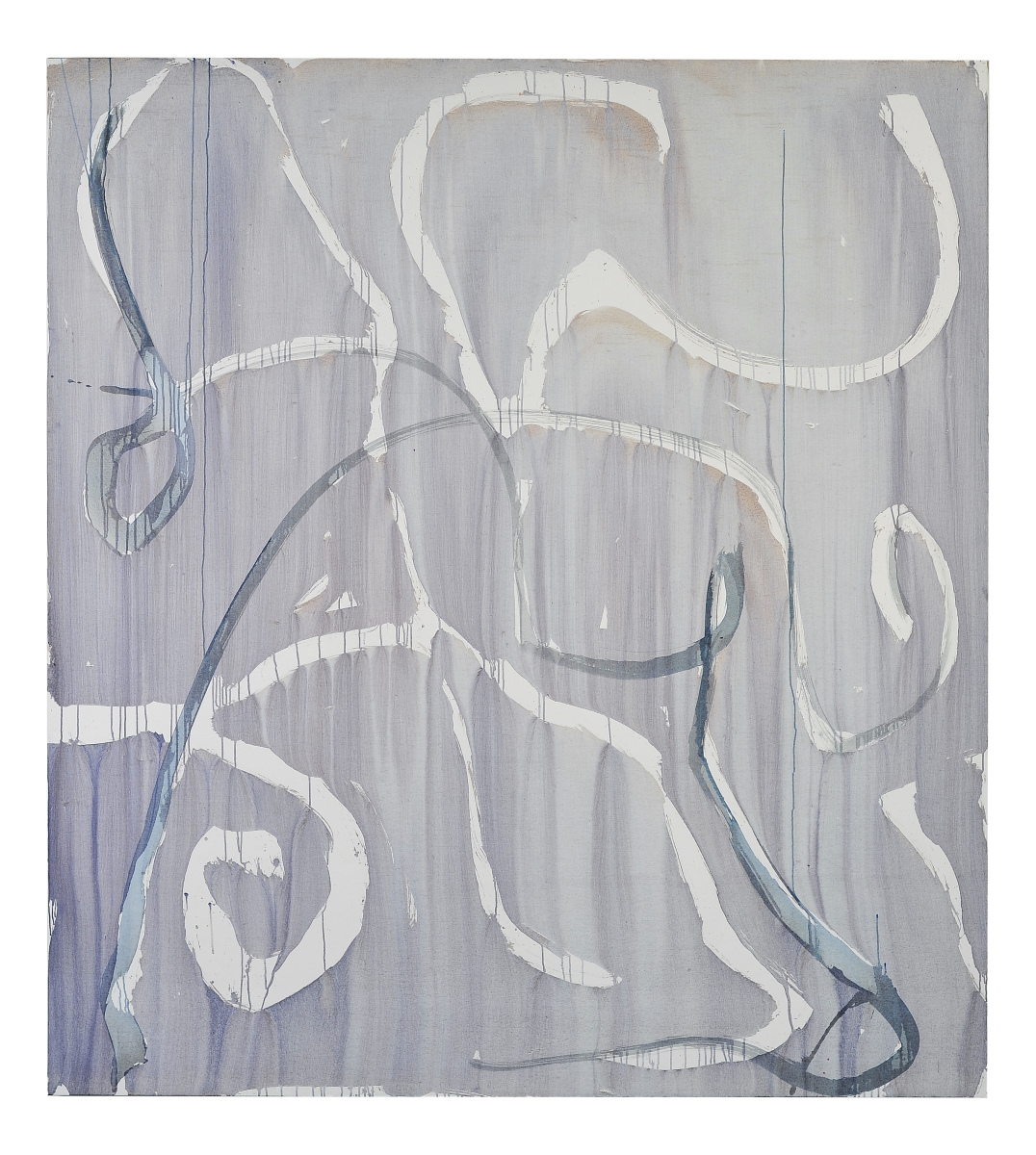 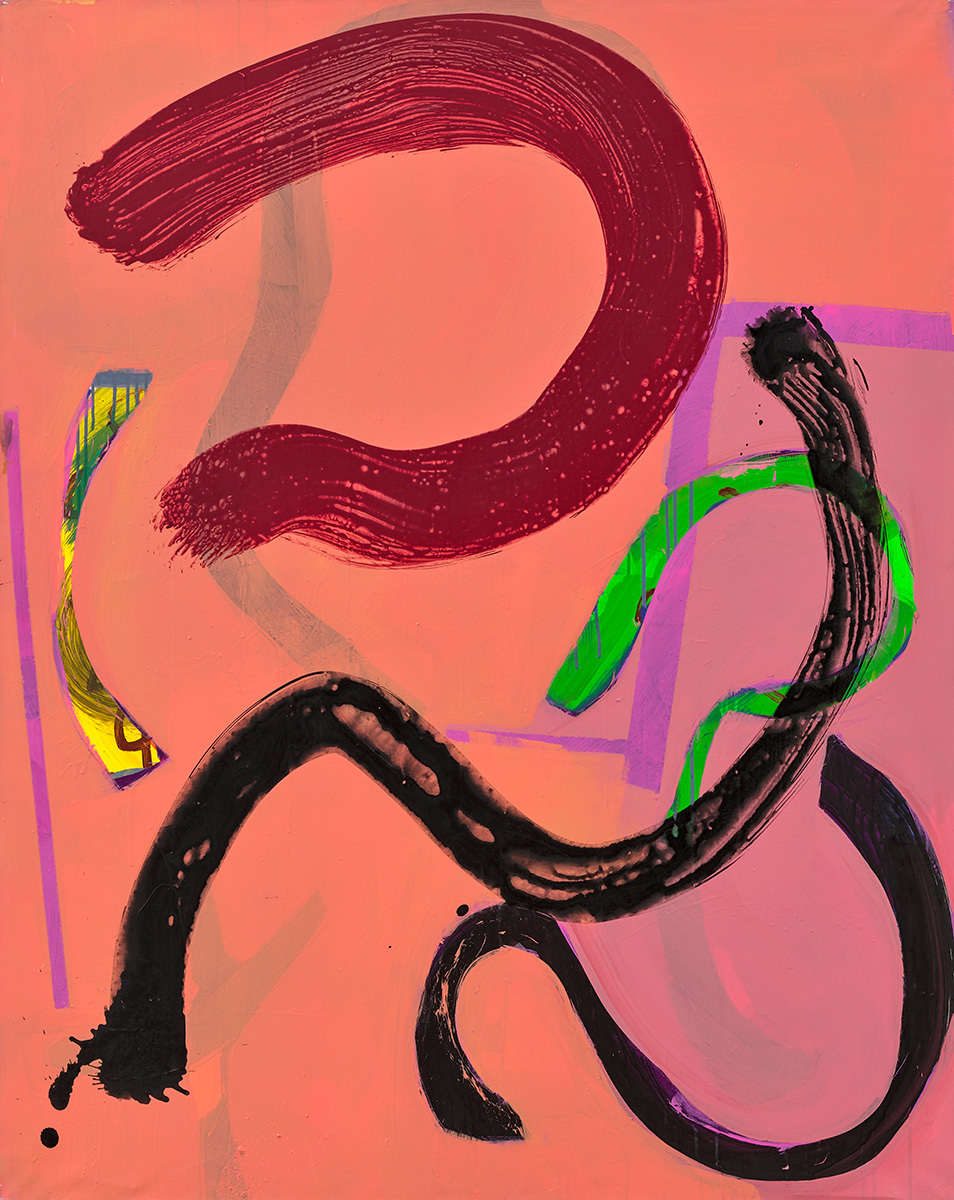 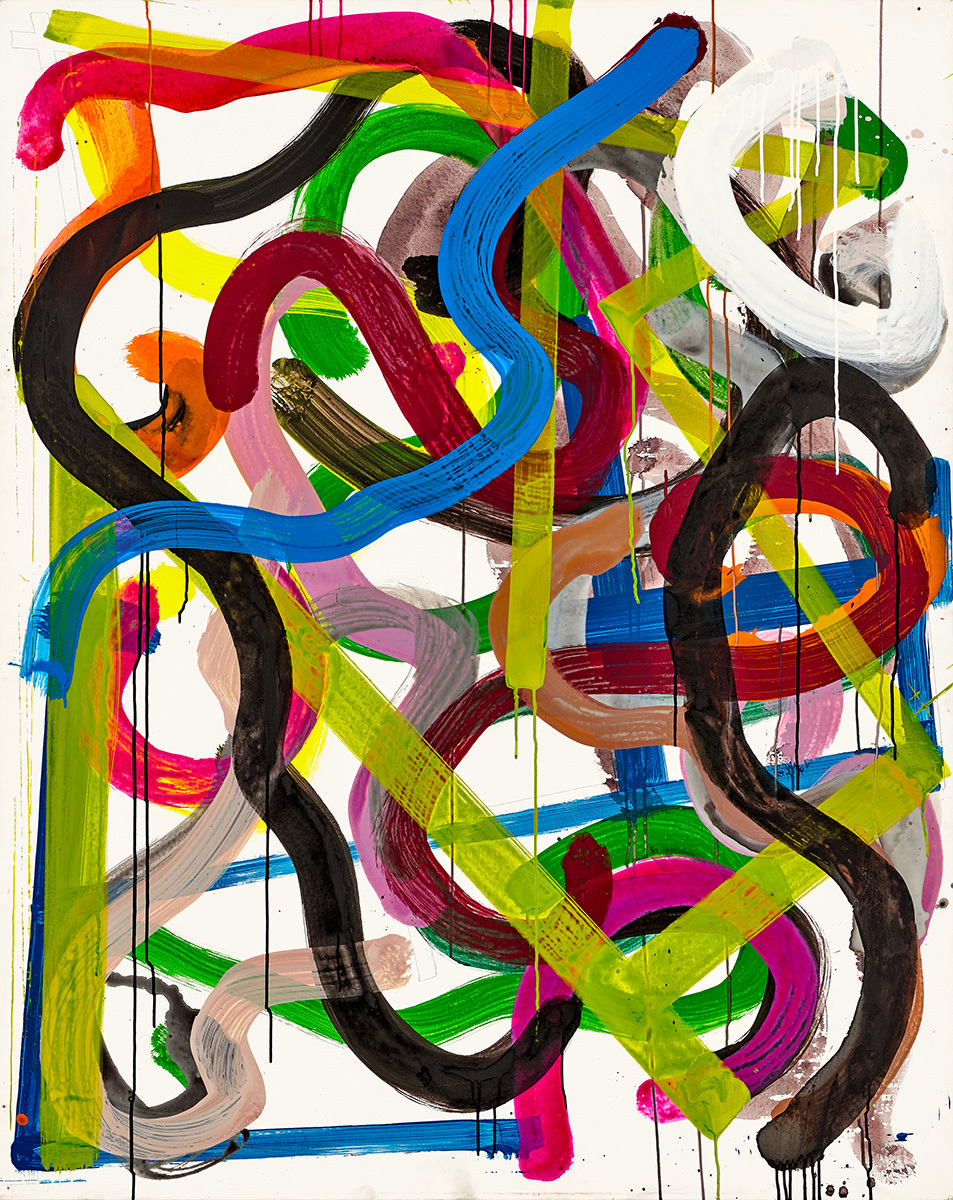 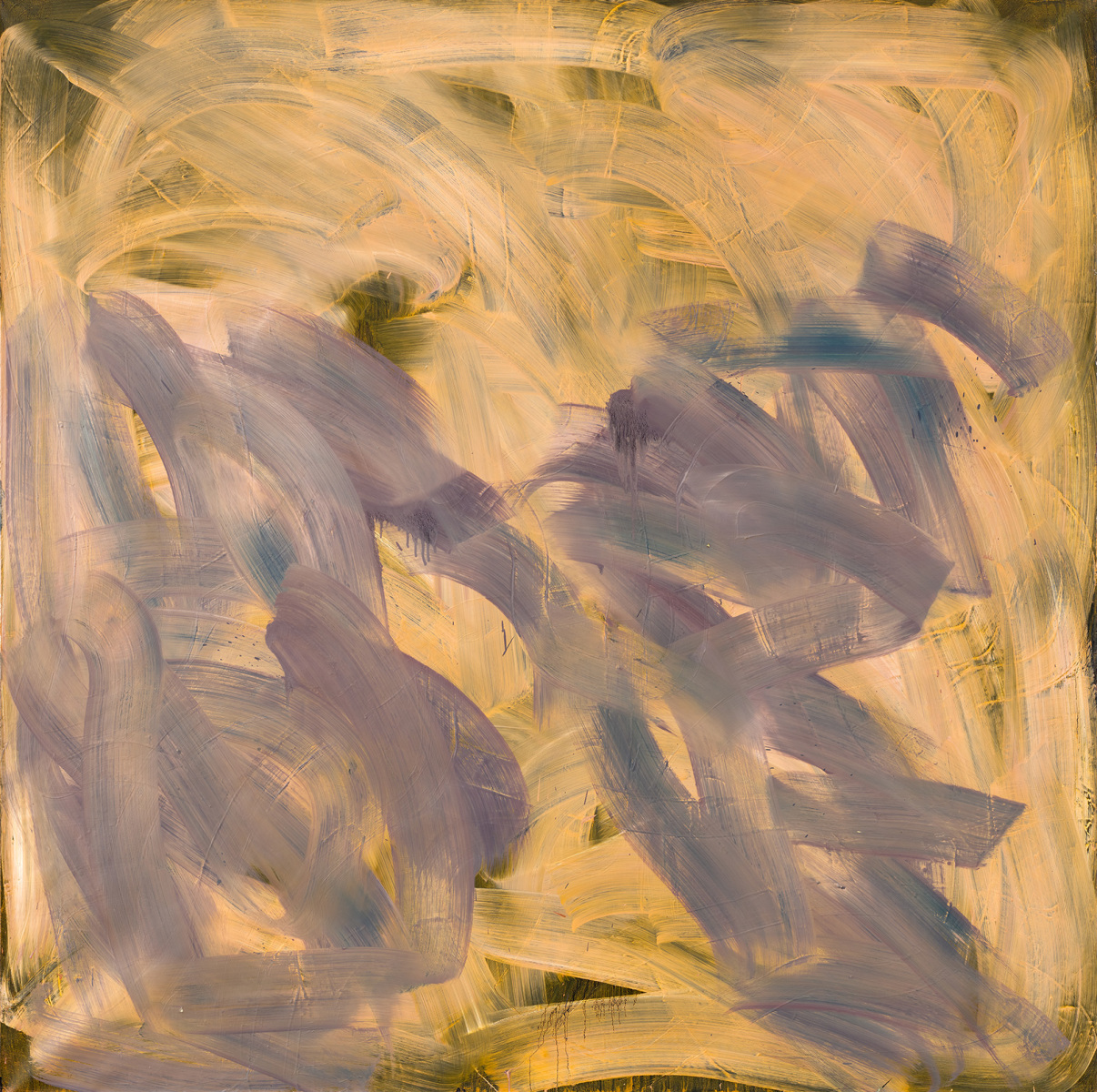 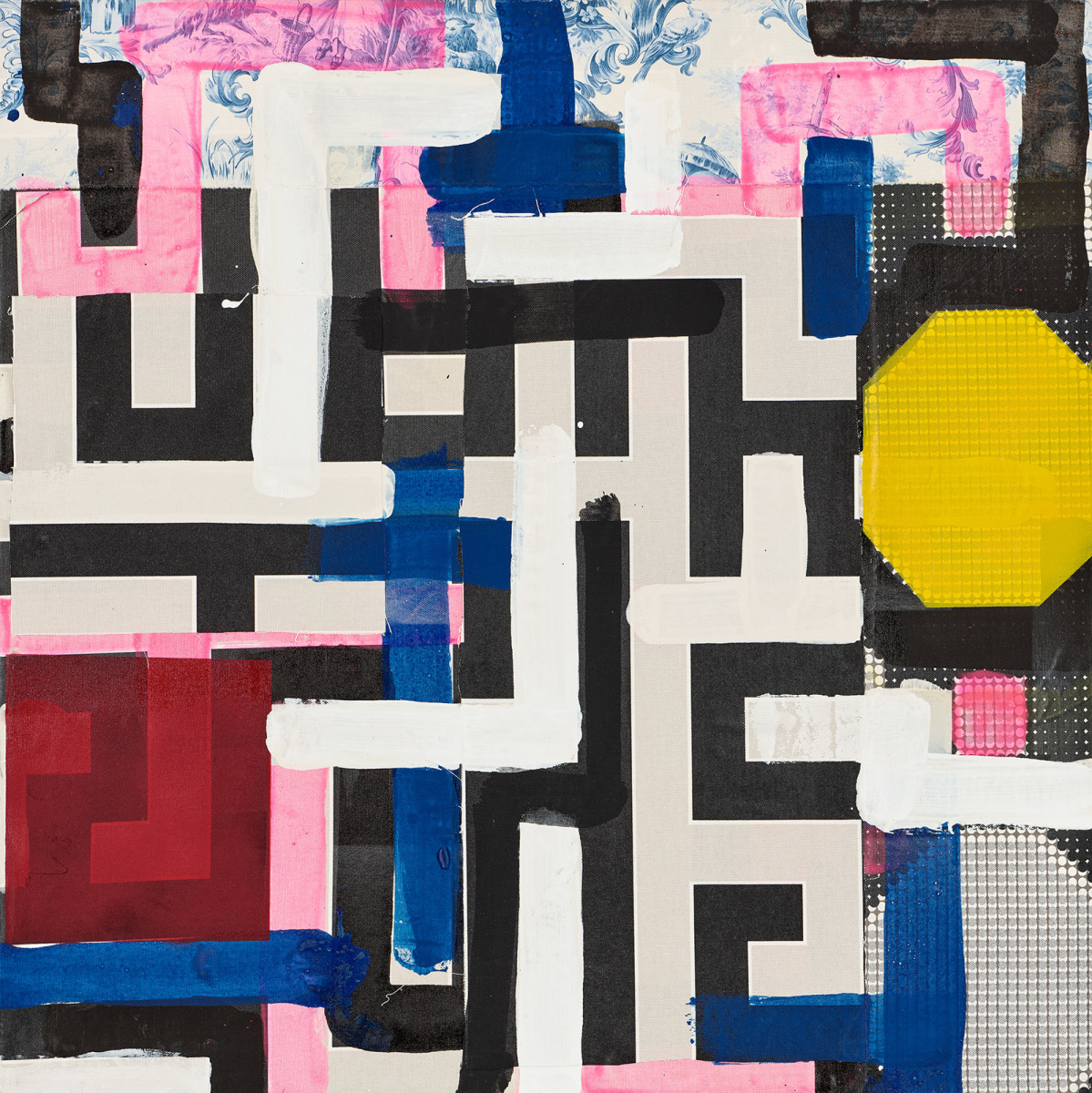 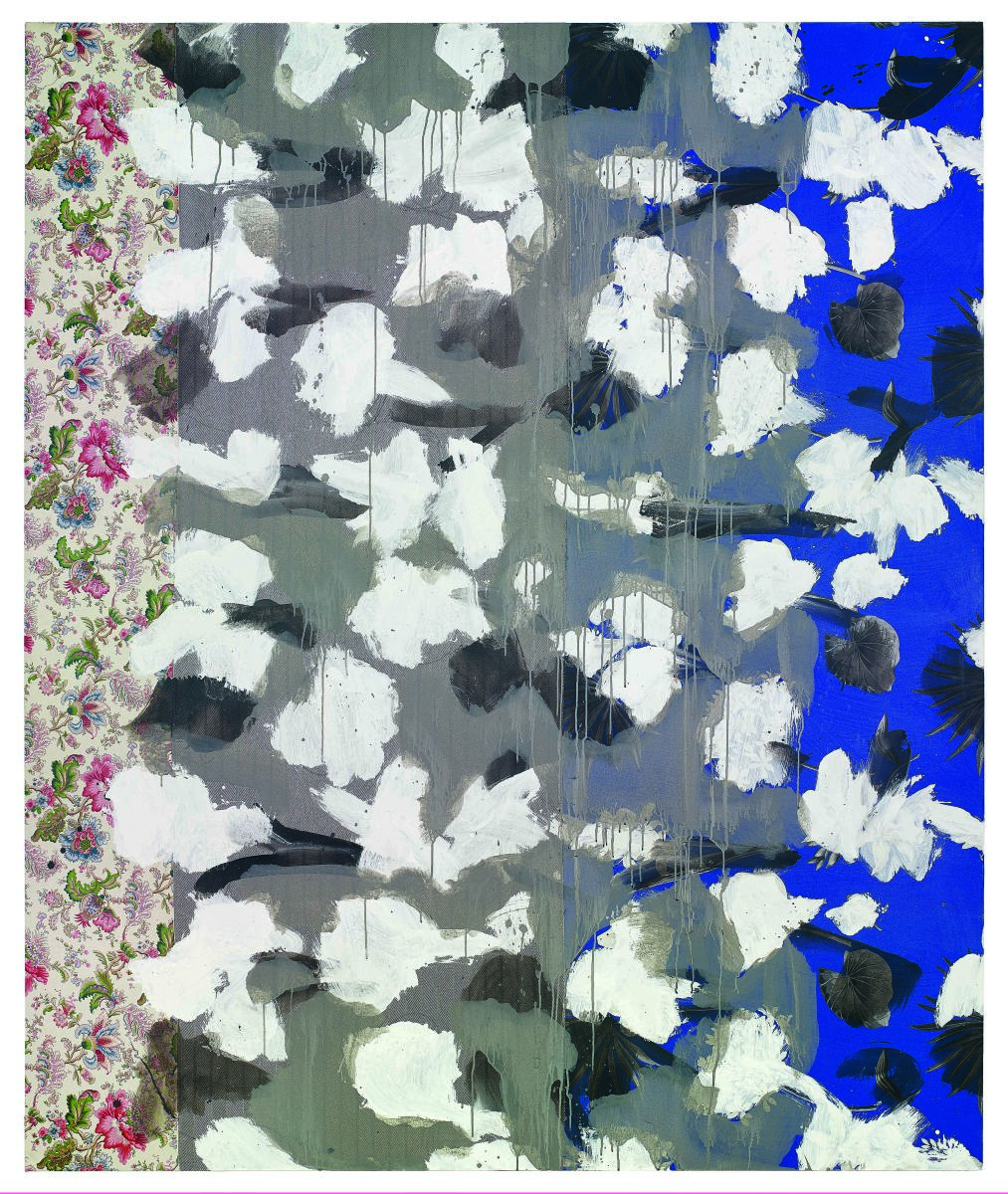 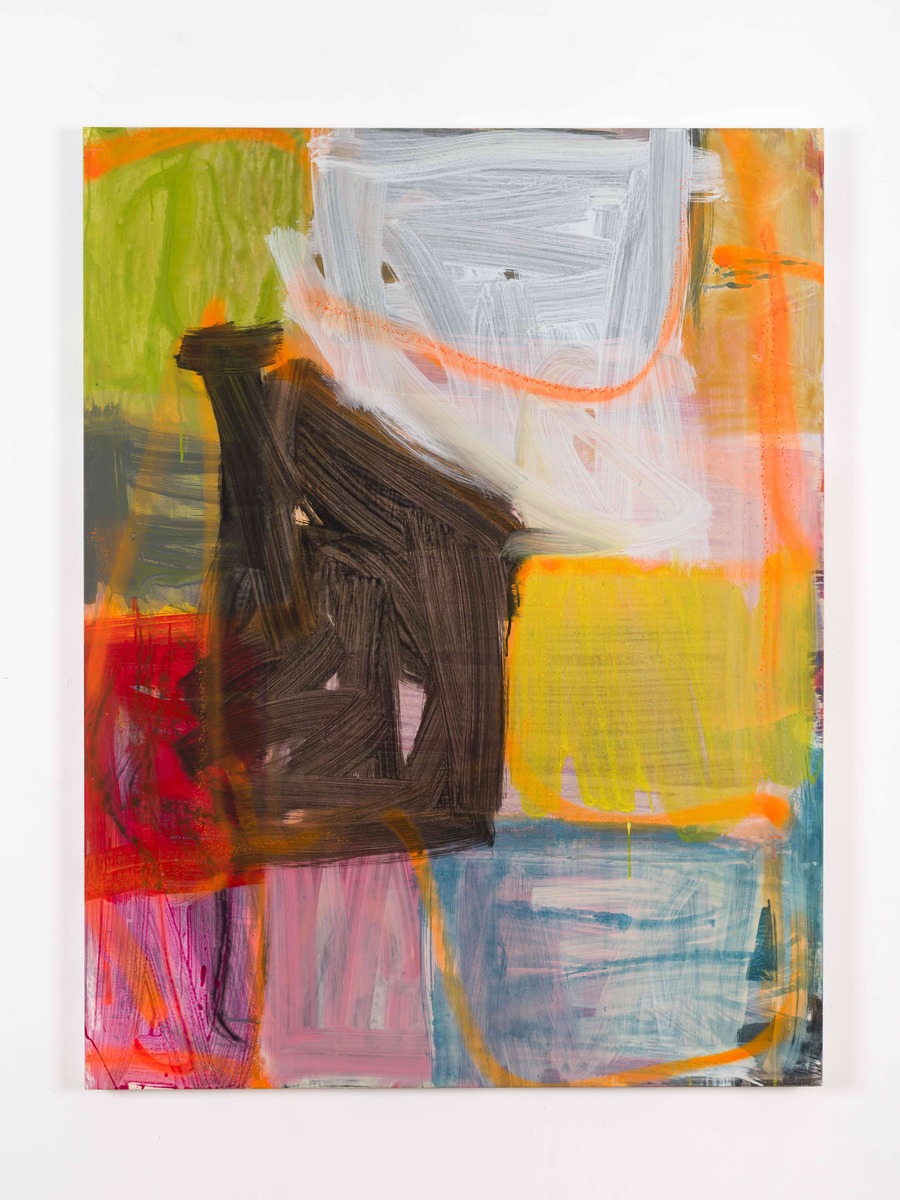 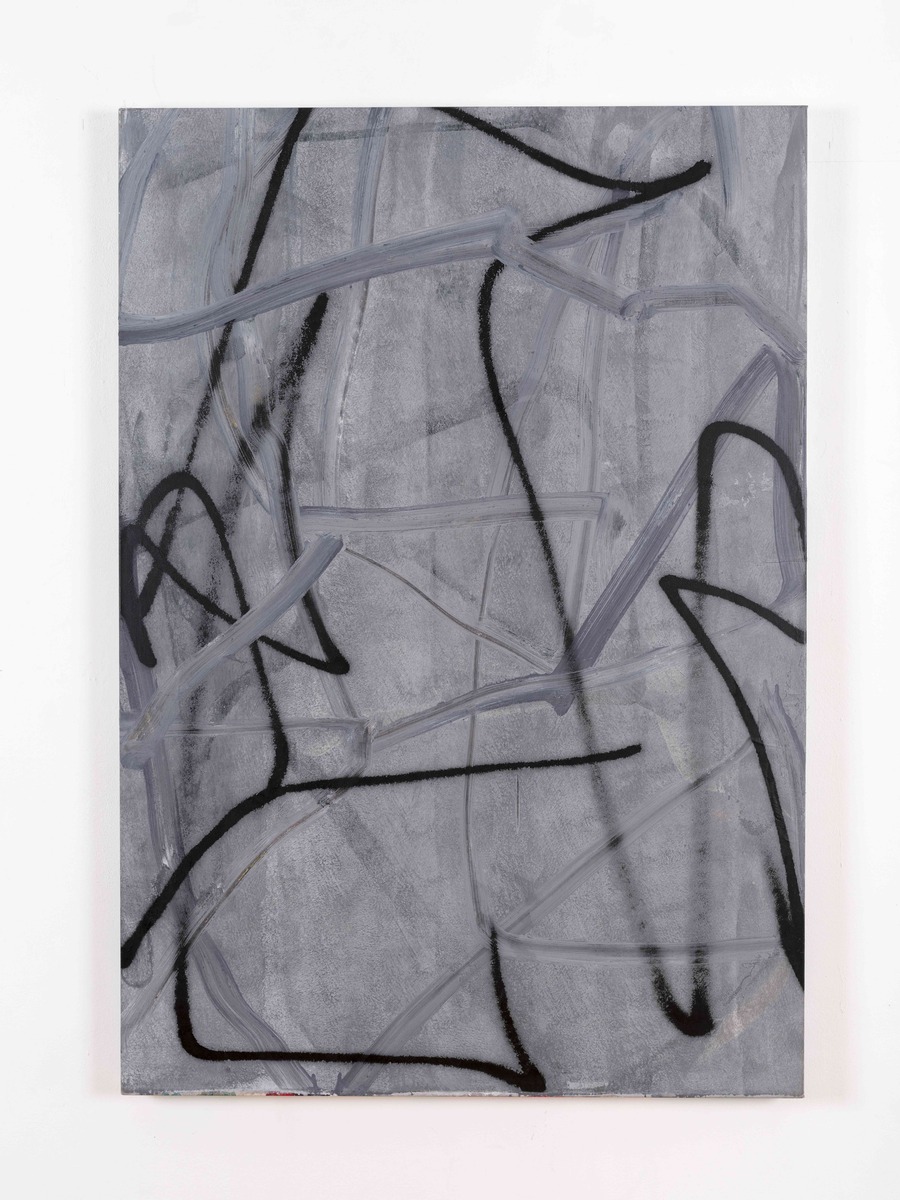 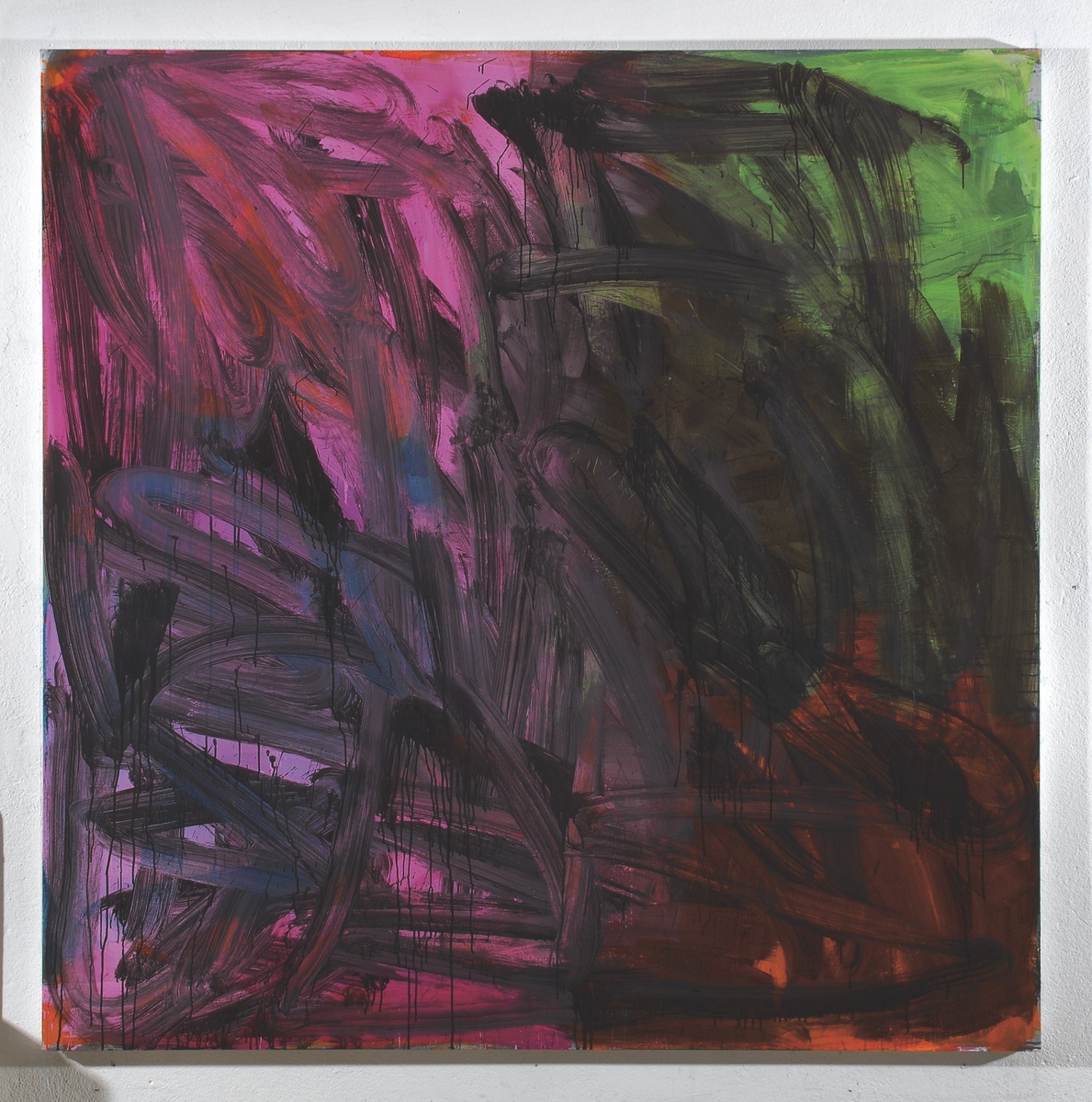 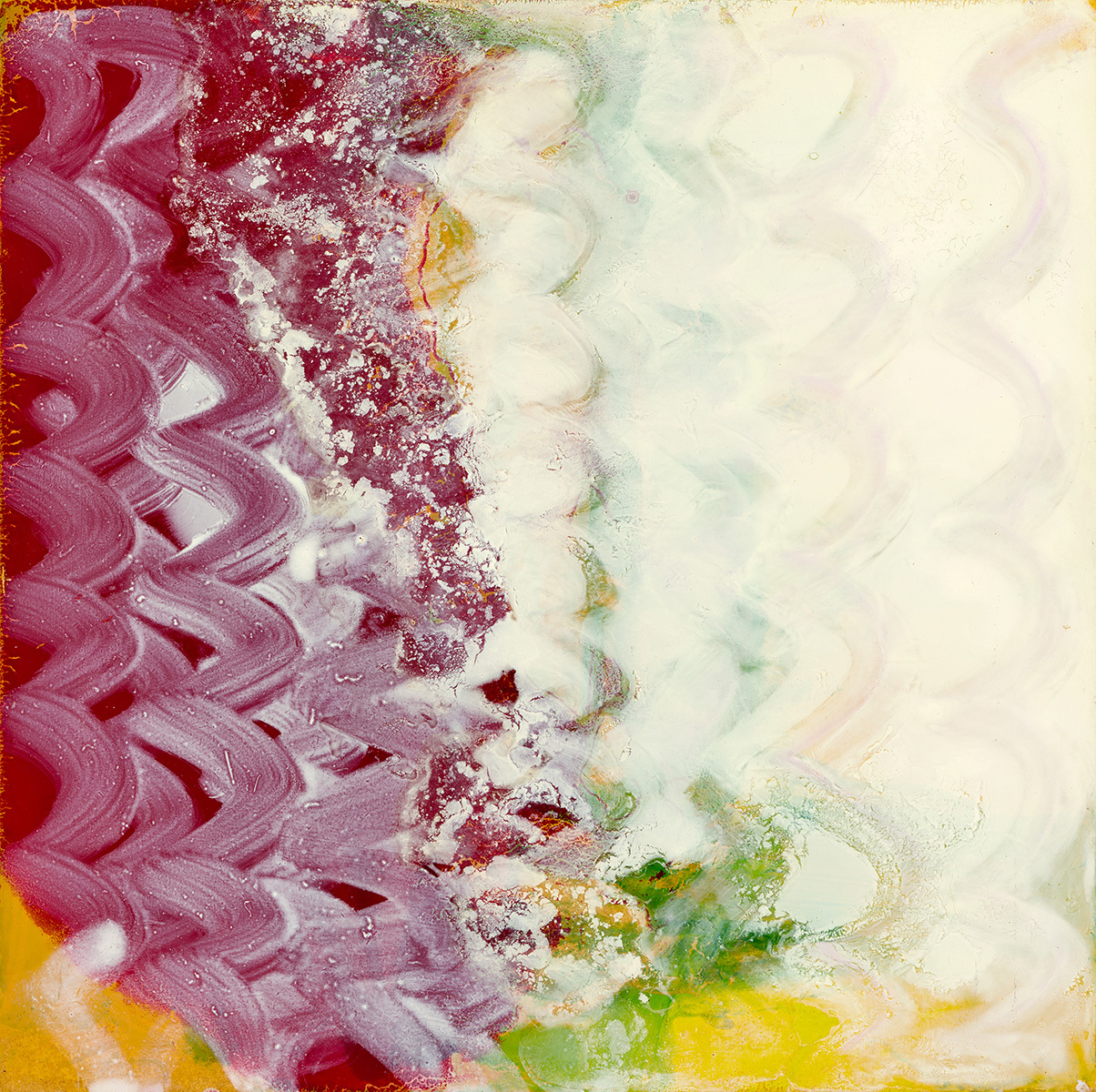 Lives and works in Saint-Etienne, France.

Franck Chalendard paints. He declares himself a painter. Painting is his domain, his field of activity. Nowadays, on an art scene where many artists exceed their own ability in order to show how polyvalent they are, as well as their mastering of several techniques used in all areas of the visual arts, Chalendard instead chooses to concentrate on only one field. His work has nothing to do with counteraction but more to do with the duty painting has to respond to the questions posed in art. Chalendard offers through the emotional ability of colours a pathos-free style of painting that avoids reference to external themes. His works do not pretend to be anything other than a product, but they do demonstrate that his art does not come under a set design or form of communication unlike other forms of contemporary art.

Recent works by Franck Chalendard are impressive for the breadth of the issues they address  in the reality of their structure and their configuration. Anyone looking at them is soon confident that he has identified the artist's sources, or plays the game of parallels and comparisons. But these pleasant exercises prompting us to make manifest our scholarship prove both correct and vain. That is to say, there is no real need to do so, as these recent paintings confront us so much with an affirmation of the picture as an irreducible reality as to what is and what is at stake for the artist and for the observer. The juxtaposition especially of upholstery fabric pieces, carefully assembled by a seamstress, provides the artist with a support which apparently suggests some sort of allegiance to Claude Viallat's process of "butt-joining". But this process fits in very consistently with what is at the heart of Franck Chalendard's practice and quest.  This quest and practice seem stimulated and strongly guided by a kind of sense of powerlessness to go beyond the material configuration of the picture. The artist himself declares himself obliged to consider the fact that since the end of modernism and postmodernism, anyone wishing to paint is condemned to tap into a huge thesaurus of shapes and motifs, but also of theoretical concepts, and so revive them by transforming them into generators of effective novelties. At risk therefore of being able to do no more than to offer a design borrowed from vintage years to one's painting, one's own work, that has thus become proposable on the contemporary art scene once more as constitutive markers of contemporary good taste!
Remarkably, this risk was taken on by some major artists of the eighties, but then left behind and transcended. And so it is once more with some current artists such as Franck Chalendard, Sadie Laska, Lauren Luloff and Sarah Braman. Hence their interest in Claude Viallat and Supports/Surfaces from whose work of deconstruction they gain some benefit. But, fortunately, these artists are careful to avoid any submission to a theoretical device. Beyond a simple and happy predilection, they display, as does Franck Chalendard, the respect due to an initiator who paved the way, but who must at all costs be set aside, kept at a distance in order to be able to replay the game. I mean taking  the history of painting as its end, today, as in the beginning.
Doing, painting, somehow, the first picture and refining the process of making in a short series until it becomes - an impossible task - the last picture finally, making futile any attempt at repeating a gesture as painter. This is why Franck Chalendard seems little concerned by the deconstruction of the picture, and less willing to work on the properties of the support than to exploit them. The repetition of figurative or abstract motifs, widely spread by fashion and upholstery fabrics, aims to make clear in his works the very inanity of painting. And to snatch it from design. As with Bram van Velde? Probably.  But today, everything seems to have been done. Philip Taaffe, Ross Bleckner, Susanne Paesler or Christine Streuli, have already played this theme, this dialectical relationship of painting to textiles as was already questioned by Aloïs Riegl and since, among others, by Markus Brüderlin. As in his own way, at the outset, by Meyer Vaisman. By accepting this, Franck Chalendard has condemned himself  - in order to assure us of the vanity of all Kunstwollen - paradoxically to paint, to paint ceaselessly, to resume his need to be painter, picture after picture, employing and implementing, picture after picture, all of abstract painting, all painting, to free it from history, from its burial, its decline, its death, all death. But anyone defying Thanatos, Zeus, time or history, must pay the price. For Franck Chalendard by the heroic relentless restarting of his work: paint, paint, paint…

It's a simple, but very clever, gesture of painting, something that must be dared, which each time frees painting from anything that might degrade or debase it to the level of design, to the production of simple objects without necessity, archaeological evidence, one day, the taste of a moment. In this quest - still grounded in a formalism that suspends any narrative effect - a je-ne-sais-quoi, as Pierre Soulages might say, that fills the world, like Barnett Newman, Mark Rothko, Claude Viallat or Frank Stella, Franck Chalendard strives as Stella exhorted, to prevent painting from remaining "inert on the surface of the past": to "testify about the real world, but also about the kingdom of heaven and hell".

“The lines of life are various, like roads and the contours of the mountains…”, Wandhaff
September 10 - October 29, 2016

October 2000 and May 2002 : Casa de los franceses, Mexico - Grant awarded by the Ministry of Foreign Affairs and the AFAA 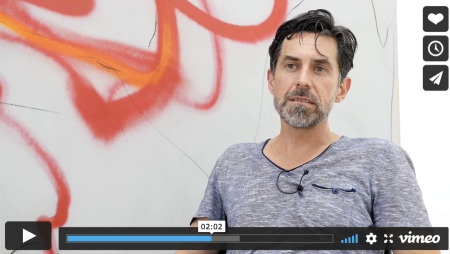 The lines of life are various...